Stan's Goldfish is an evil killer goldfish that appeared in the episode South Park episode "Spookyfish". It was given by Sharon's Aunt Flo. It kills Kenny and Aunt Flo.

Stan was aware of the fish's malevolent nature and tried desperately to tell his mother Sharon and anyone else about it, yet due to the absurdity of the tale (even for South Park) nobody would believe him - when people started to get murdered Stan's mother believed it was Stan who was doing it - though instead of turning her son over to the police she covered up the murders (funnily enough this technically makes Stan's mother a minor villain since she is committing several crimes).

Moments later after all the demonic animals from the Indian Burial Ground Pet Store were let loose and started attacking the townspeople of South Park during the fight between Cartman and friends against their alternate evil counetrparts from another universe, Sharon Marsh realized that Stan was telling the truth the whole time. After the chaos ended, the animals including the goldfish were later soon exterminated. 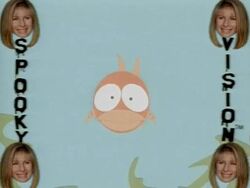 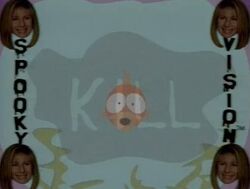