Elderly Corrupt Official
Stanley Hopson is a major protagonist from Paradise P.D. He is a senile, mentally deficient, perverted, bisexual, and mildly racist, one-hundred and seventy-five-year-old man, who works as a police officer for Paradise Police Department.

Although Hopson is mainly a hero and enforcer of the law, there have been several times when he's done things that have ranged from being arguably unethical to outright villainous.

He is voiced by Dana Snyder, who has also voiced Dusty Marlow and Glenda within the same show, Gary Sedi in Superjail!, and Master Shake in Aqua Teen Hunger Force.

Stanley Hopson was born in 1843 to an unknown mother and father. Despite having been born such a long time ago, Hopson is still alive to this day, as an extremely old man.

Throughout his life, Hopson has had gay sex with tons of historical figures such as Mickey Rooney, Nichola Tesla, and Jimmy Carter just to name a few. The graphic details of these sexual acts have been elaborated through many of Hopson's rambling stories. From what can be gathered, Hopson's sexual exploits are all very obscure and kinky. For example, in "Ass on the Line" Hopson details how he "trained" with Joe Lewis and Jack Dempsy, with him in the middle.

Although the vast majority of Hopson's sexual exploits are between him and other men, there have been a very small number of female partners he's had as well. For instance, in "Police Academy", it was learned that Hopson once had a long-lasting romance with a woman named Esmeralda. As for a more modern instance of straight sex, in "The Father, The Son, and The Holy Post-It Note", Hopson said that he got kicked out of his retirement home for sucking on his nurse's nipples. This proves Hopson to be a bisexual, who leans mostly toward men, while still dabbling in women.

Currently, Hopson is employed as a police officer at Paradise Police Department, with his boss being Randall Crawford. Randall hates Hopson, thinking that he's ridiculously too old to be working there but as mentioned in "Welcome to Paradise", he can't afford to pay for his pension so he can retire, meaning he's stuck with him.

Stanley Hopson is an extremely old, frail, and senile man, with pasty white skin, wrinkles all over his face and body, and balding grayish-white hair that's barely there anymore. Aside from his blue police shirt and darker blue police pants, Hopson wears brown square glasses.

Stanley Hopson is a mentally deficient, crazed, and confused old man, who is clearly suffering from dementia. Hopson is mostly known for being a perverted, sexually active, bisexual deviant, who loves engaging in depraved sex with other people and he's not afraid to admit it. Hopson has the tendency to run around naked, have sex with random people, animals, and objects, and most of all, tell graphic and vulgar stories about his colorful past with having sex with a diverse plethora of famous historical figures. 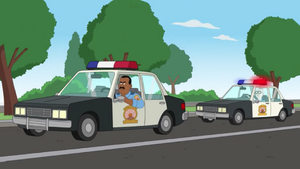 Hopson pulling over a fellow cop and attempts to arrest him simply because he's black. 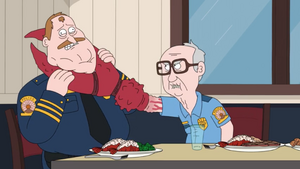 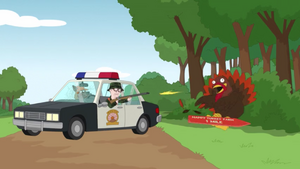 Hopson, while drunk, shooting an innocent man dead, mistaking him for a turkey. 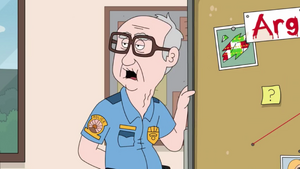 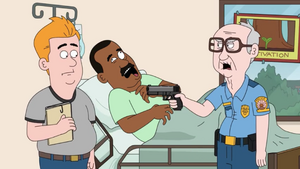 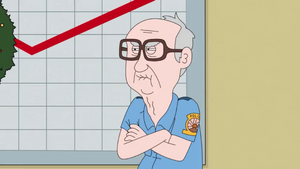 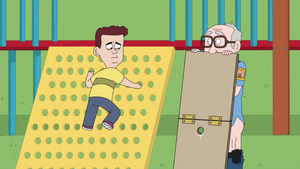 Hopson exposing himself to a child. 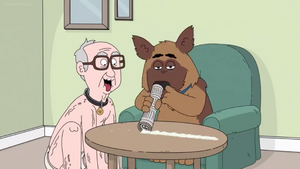 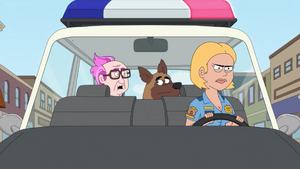 Hopson revealed to be on the town's sex offender list. 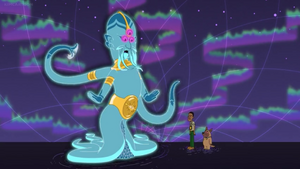 Hopson raping a stoned Bullet and Denzel Jackson while pretending to be a God during their hallucination.