Member of the Council of Five
Leader of the Knights Templar

Leading the Templars and Illuminati

Stanton Dowd is a character and is one of the supporting characters of Deus Ex. While he may appear as a friend of JC Denton, in reality, he's a member of the secret society of The Illuminati prior to the collapse and only wants to overthrow Majestic-12 so the Illuminati can seize power and keep the world in a continuous state of endless oppression. He's also the leader of the Knights Templar.

Information about Dowd's early life is unknown but what is known is that he was born in the United States around the late 1990's/early 21st Century. He became a member of the Illuminati sometime during his life and became part of the Council of Five placing him as one of the Illuminati's leaders.

In 2052, Dowds is still part of the Illuminati and is actively trying to reorganize and revive the secret society and is most likely part of one of its splinter-cell factions/remnants. Dowd was once the owner of a cargo ship called the PRCS Wall Cloud which went from Hong Kong to the United States transporting the Gray Death Virus until MJ12 seized control of the ship. After the Illuminati is detected in the genetic material for the Gray Death so Dowd hides in an abandoned warehouse in "Hell's Kitchen", New York in order to hide. He then runs into JC and tells him that he needs a cure for the Gray Death and the result is player determined. He'll help JC even though in reality, it's so he can help the Illuminati ascend to power and take control of the world away from MJ12 effectively keeping the state of global oppression alive and well.

Following the disastrous event is known as The Great Collapse, Dowd's status is left unknown. Although it is unknown if he's alive or dead, it is implied by Chad Dumier and Nicolette DuClare that he might've not survived the Collapse and was most likely killed during the event.

Stanton Dowd appears to be an average white American male in his late 40's early 50's. He has greying black hair and a beard on him. He wears a black jacket with white/dark green-ish mix shirt and has black pants on.

Dowd is relatively calm and collective especially considering the situation that he's in. He appears to talk rather calm towards JC but is secretly manipulating him so he can rise to power and have the Illuminati take over the world as his true agenda. 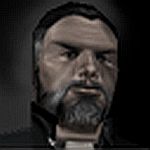 Stanton in the Down Family Crypt

Stanton Dowd
Add a photo to this gallery
Retrieved from "https://villains.fandom.com/wiki/Stanton_Dowd?oldid=3553390"
Community content is available under CC-BY-SA unless otherwise noted.