Redeemed Supervillainess
Star Sapphire is an enemy turned ally of Green Lantern and an enemy turned ally of the Justice League. She also has powers similar to the Green Lantern. A woman was chosen to be Star Sapphire. The alias has been used by several women over the years, but is most often associated with Hal Jordan's own boss (and girlfriend) Carol Ferris, who is currently a heroic bearer of the title. Unlike Green Lanterns who are Lanterns of willpower she is one of the Lanterns of love. She served as a villain and enemy of Green Lantern until the Blackest Night and became a hero after the New 52 Reboot. 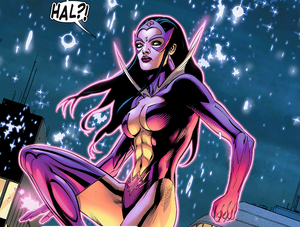 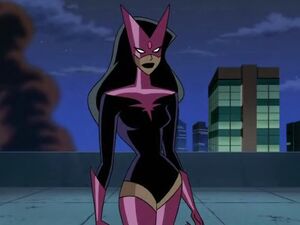 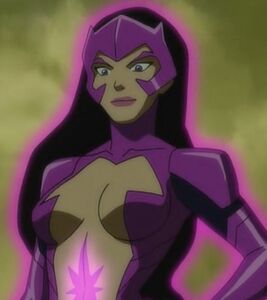 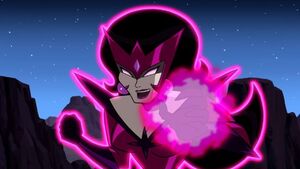 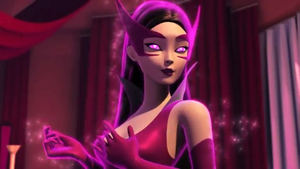 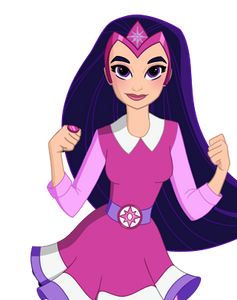 Star Sapphire in DC Super Hero Girls.
Add a photo to this gallery

Retrieved from "https://villains.fandom.com/wiki/Star_Sapphire?oldid=3892002"
Community content is available under CC-BY-SA unless otherwise noted.