Starbox is a villain from the 2020 reboot of the Warner Brothers cartoon, Animaniacs. He is a villainous alien leader, who destroys planets. He is currently trapped on Earth after being captured and kept as a pet by a little girl named Cindy, who is completely oblivious to his evil plans. All he needs to do is press a button on his detonation device and it will send a signal to his alien army to blow up the planet but he can't escape Cindy's room. Until he presses the button, his alien comrades, who surround the Earth will continue waiting indefinitely for their moment to strike.

In the short "Starbox and Cindy", Starbox was shown on Earth, trying to get out of Cindy's room. He ran to the window where he saw his detonation device sitting out in the sandbox. Cindy grabbed him and stuck him out the window only to pull him back in and slam his head against the window. She took Starbox to have a tea party with her and forced him into a dress and also forcefed him a cookie. She then put him in his dollhouse, where he made his plans to escape. Starbox planned to launch himself out of the window, which he did, unbeknownst to Cindy. He ran to the button but just before he could press it, he was snagged by a bird, who took him to her nest and laid eggs on him. Starbox was eventually knocked out of the nest and plummeted to the ground, where he was saved by Cindy. Starbox was happy that Cindy saved him and then she twirled him around, making him sick and took him back inside. 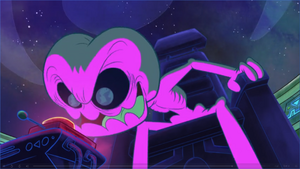 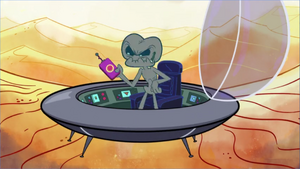 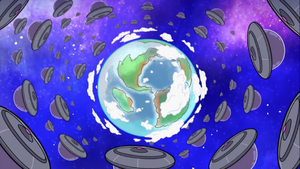 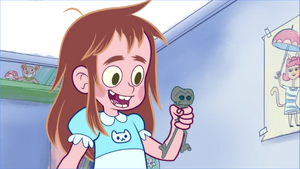 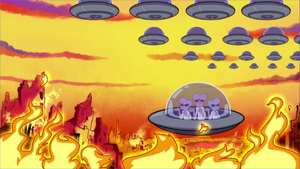 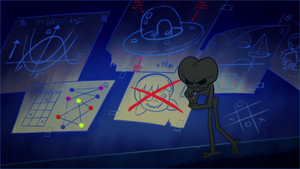 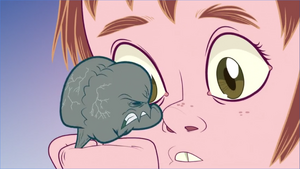