Ability to use PSI

Prevent Ness from reversing history in which Giygas rules the Earth (Mother 2/EarthBound, both failed).

Starmen are humanoids, wearing platinum suits. Their heads are directly connected to their shoulders with no discernible neck and they have a visor, no digits on their hands and shoe-like feet. They also have four black buttons on the left side of their chest.

Starmen are half organic, half synthetic. They are synthetic because in Mother 2/EarthBound, Starmen use katakana script, which is a common way to indicate robotic sounding speech. The English version, lacking this, gives them "whirrs", "beeps", and "clicks", which indicates that they are robotic. But they are also organic as they cannot be harmed by the Rust Promoter, which only damages robots.

A Starman appears as a trophy.

A Starman appears as a sticker, which increases Ness and Lucas' PSI powers when equipped.

A Starman appears in both versions as a trophy and an Assist Trophy. When summoned, it teleports across the stage and attacks by shooting PSI beams. It is one of the few Assist Trophies that can be defeated. It also appears as an enemy in Smash Run on the 3DS version, behaving exactly as it does as an Assist Trophy.

Starmen return as Assist Trophies, acting identically as they did in Smash Bros. 4. One Starman appears in the game as an advanced primary grab-type spirit that strongly increases PSI powers. Its spirit battle is a stamina battle against a Metal Ness accompanied by a Starman Assist Trophy on the Lylat Cruise stage while Stars fall from the sky. 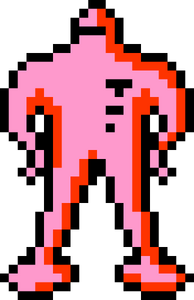 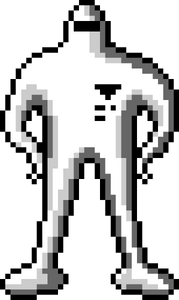 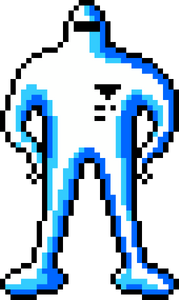 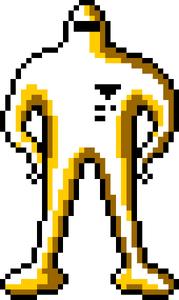 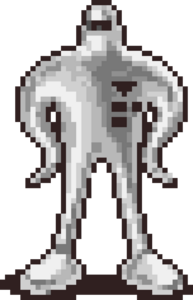 Starman and Starman Junior from EarthBound. 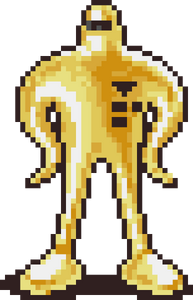 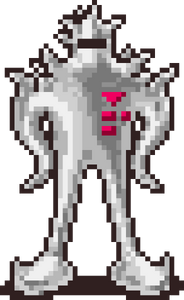 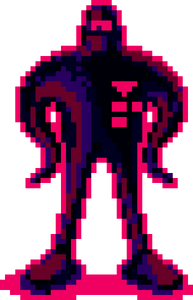 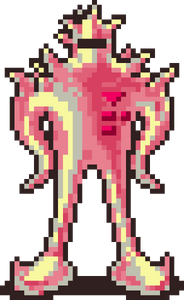