NOTE: The information presented is based upon Starscream's portrayal in the US version. The Japanese version of Starscream is all different characters in each series.

Emperor Starscream
Emperor of the Universe

Air Commander of the Decepticons

Leader of the Earth Decepticons

Regain his body (succeeded).
Usurp Megatron's leadership of the Decepticons.
Gather the Cyber Planet Keys and the Omega Lock to absorb their power (succeeded).

Starscream is a member of the Decepticons and the secondary antagonist in the Transformers Unicron Trilogy anime series. Whilst he is a somewhat anti-heroic character in Armada, who even joined the Autobots at one point, in Energon and Cybertron sequel series he becomes a straight-up villain. He serves as a supporting antagonist in Armada and Energon, and one of the two main antagonists of Cybertron (along with Megatron).

Starscream is initially presented as Megatron's second-in-command in Armada, though by the events of Cybertron, he betrays Megatron and forms his own Decepticon army.

He was voiced by Michael Dobson, who also played Nappa in the Ocean Productions Dub of Dragon Ball Z and Blob in X-Men: Evolution.

Over the course of Armada, Starscream engaged his opponents on multiple occasions in their search for the Minicons. Though he proved himself repeatedly to be a capable warrior, he was frequently chastised and downtrodden by Megatron and the other Decepticons, a fact which he took deeply to heart (or spark if you want to be technical). This frequent berating, coupled with no small amount physical abuse eventually caused Starscream to question his allegiance, a fact he noted could have been avoided if Megatron/Galvatron just showed him some respect.

Starscream also appeared to have a disliking towards his Decepticons comrades, admitting on one occasion that he did not view his fellow soldier, Demolishor as a friend. Despite this, he cared about them more than Megatron as he was often disgusted with his leader's treatment of his soldiers.  However, he was very distrustful towards newly arrived Decepticons specifically Scavenger, Sideways and Thrust. His assumptions turned out to be correct since Scavenger and Sideways were both double agents (working for the Autobots and Unicron respectfully) and Thrust eventually betrayed the Decepticons in order to side with Sideways.

Unlike most of his fellow Decepticons, he appeared to show some level of affection for the smaller Transformers. He allowed the Star Saber Minicons to share a bath with him and saved Swindle from the hands of both Blur and Unicron.

In Energon, Starscream is revived but has his memories wiped and thus loses his original personality, later becoming second-in-command to Megatron once more. As a result of being brainwashed, Starscream served Megatron loyally and even chose to follow him to his death when he plunged himself into a sun to destroy Unicron. Aside from his loyalty to Megatron, Starscream did not have much of a personality, yet still maintained his sense honor and loyalty to the other Decepticons, even the treacherous Shockblast, whom he often defended from Megatron's wrath.

In Cybertron, Starscream regains his free will and memories, but becomes much more ruthless and cold-hearted, caring for nobody but himself. Having split off from Megatron's Decepticons, Starscream seeks nothing less than to use the Cyber Planet Keys to dominate the universe under his will. Starscream is fond of  mocking his enemies with sarcasm. He is shown to be an incredibly crafty manipulator, managing to outmaneuver both the Autobots and his old master Megatron on several occasions. After absorbing the power of the Omega Lock and three of the Cyber Planet Keys Starscream becomes much more unhinged and crazier as well, attempting to assault the Transformers' own creator Primus on several occasions and delusionally believing himself to be "Emperor of the Universe" and seemingly equivalent to a god. He believed that true power came from being able to shape the universe to your will. Starscream believed he could "bear the unbearable" for the sake of this power. Despite his antagonism towards Megatron, Starscream seems to have some respect for his former boss, appearing to him in spirit after he was defeated by the Autobots to encourage him to keep on fighting. 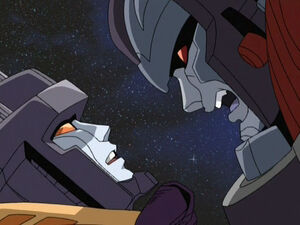 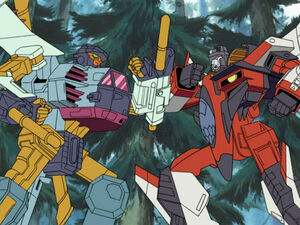 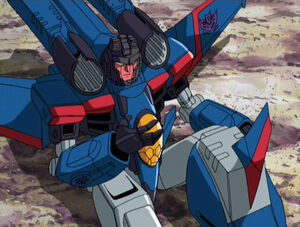 Starscream after gaining his powerlinx colors, saying that he looks like Thundercracker. 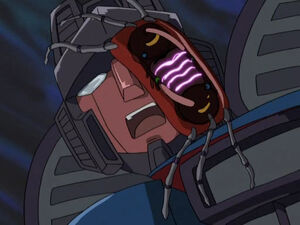 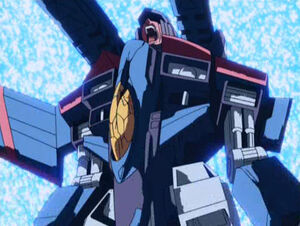 Starscream getting killed by Unicron. 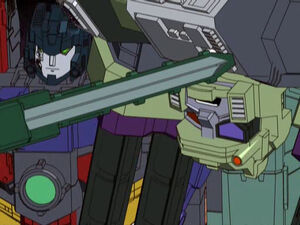 Starscream trying to get Demolishor to talk. 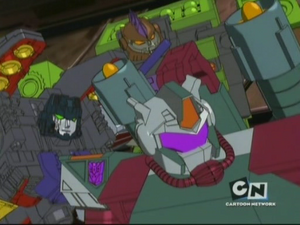 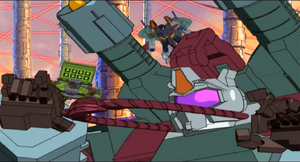 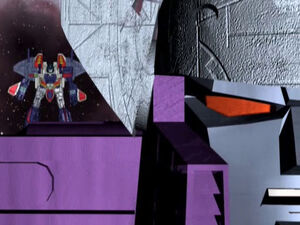 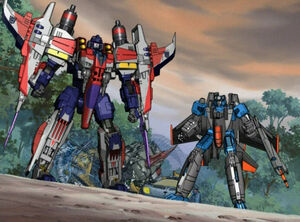 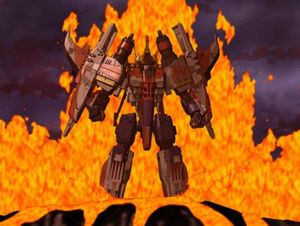