Possess all of Starscream's skills in addition of being extremely disposable

The Starscream clones were a team of perfect physical copies of Starscream, all representing a different element of Starscream's personality in Transformers: Animated.

Though all of the clones listed below are separate seekers from the Transformers franchise in the original incarnations, the Animated versions were a division of physical representations of the seven main personality traits owned by Starscream.

Most of them are voiced by Tom Kenny while Slipstream is voiced by Tara Strong.

Starscream created the clones in a multi-step process involving blank protoform shells and pieces of the AllSpark fragment in his head.

After Prowl and Lockdown captured and then lost the original Starscream on the Moon, Clone #2716057 destroyed the Autobot's shuttle and headed for Earth. The two bots followed him, but bumped into Clone #3370318 first. After capturing him, Lockdown double-crossed Prowl and dragged the clone away. As the Autobots gave chase, they crossed paths with and battled #2716057, cuffing him in the process. As both parties took the two clones to an abandoned warehouse Megatron was waiting in, some sort of program deactivated the clones' higher functions and opened their spark chambers, revealing them to be booby-trapped with bombs. Fortunately, Prowl used some mods given to him by Lockdown to send the clones upwards into the sky, where they safely exploded.

Starscream then worked on creating the clones that wound become Thundercracker, Skywarp, Sunstorm, Ramjet, and Slipstream. To Starscream's surprise, the quintet displayed unique personalities, each one based on a portion of his own. Starscream and his clone army then commenced an assault on the Autobots and Decepticons. However, Thundercracker and Skywarp ended up being transwarped into a random location in space with Blurr after they al got trapped in a blob of Mixmaster's cement, and the rest suddenly sided with Megatron after being overpowered Professor Sumdac using the Headmaster unit. The remaining three clone were easily defeated by Omega Supreme along with Lugnut and Blitzwing.

In space, Thundercracker and Skywarp were apparently left behind as Blurr managed to escape and sped towards Cybertron. On Earth, the remaining clones appeared to have survived; while Slipstream laid low, Sunstorm was captured by Lockdown alongside Lugnut, Blitzwing, and Swindle so that Sentinel Prime could look good. After a lengthy battle between the bounty hunter and the Autobots, Ramjet was captured as well. Despite breaking free thanks to Swindle, both Sunstorm and Ramjet were frozen alongside Blitzwing and brought to Cybertron to face justice. During that period, Swindle outfitted Sunstorm with a box-shaped helmet and Ramjet with a drill-tipped conehead accessory in order to tell them apart.

Slipstream reappeared when Optimus Prime, who she mistook for the original Starscream, was trying out his new Windblade jetpack. After shooting down Prime, Slipstream escaped once more to parts unknown. As for all the unactivated Starscream clone shells that remained aboard the Nemesis, they were unceremoniously destroyed by Megatron as Starscream exceeded his usefulness in his former master.

At some unknown point, in the cancelled season 4, Swindle became interested in the Starscream clones and used stolen cloning tech to create Dirge and Thrust as his own personal bodyguards. 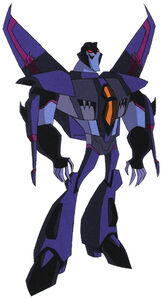 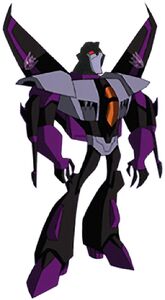 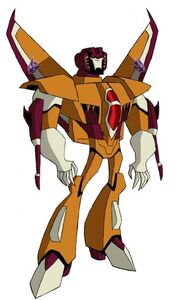 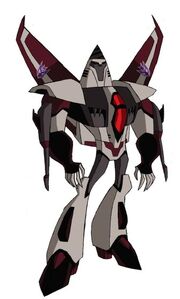 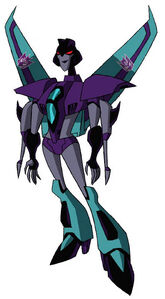 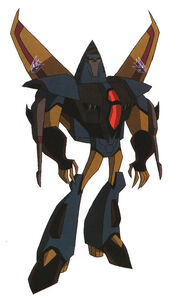 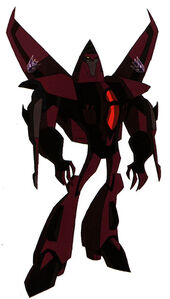 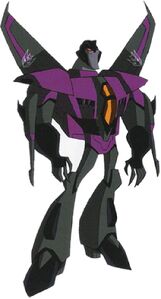 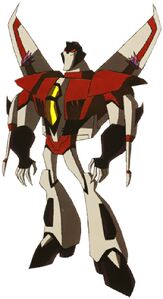 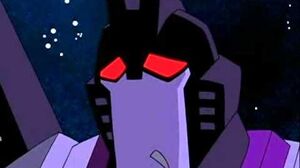