Speaking of only happy things.

Destroy every city in its path (both failed).

The Stay Puft Marshmallow Man has varied in the series from a villain to a hero but rarely displayed the same level of malevolence as it did in the original film - perhaps due to the fact that it was no longer fully controlled by Gozer, the most noticeable examples being in The Real Ghostbusters.

The Stay Puft Marshmallow Man was formed during the climax of the original Ghostbusters movie in which the destroyer-god known as Gozer decided to take the form of the first thing the Ghostbusters thought of to destroy their world - despite the group making an effort to clear their thoughts, after Peter Venkman mentioned that if for example they thought of J. Edgar Hoover, he would come down to destroy everyone, Ray couldn't help himself from thinking of the one thing he felt could never possibly harm them: namely the Stay Puft Marshmallow Man.

In the end, Egon decides the only way to defeat the Stay Puft Marshmallow Man is to "cross the streams" - which risked a cataclysmic explosion but surprisingly Egon's gamble paid off and the resulting explosion was strong enough to destroy the Stay Puft Marshmallow Man while not causing a cataclysm (though it did result in a river of molten marshmallow raining down on the streets below as well as a parachute sized sailor hat floating down).

The opening credits of the Real Ghostbusters showed the Stay Puft Marshmallow Man as a central figure amongst the horde of ghosts that were promptly "busted" by the group - this version of Stay Puft was shown as rather menacing despite the fact he was rarely a villain in the actual show (as mentioned above). In fact, he has even assisted the Ghostbusters on two occasions in the episodes Sticky Business, and The Revenge of Murray the Mantis respectively.

Stay Puft returned in the 2016 reboot Ghostbusters film. In this film, he returned as a parade balloon with the ghosts controlling him, and he falls and lands on Abby, Jillian and Patty, but is popped by Erin. 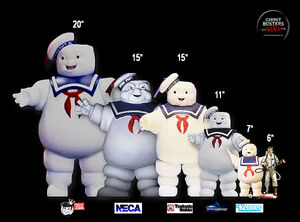 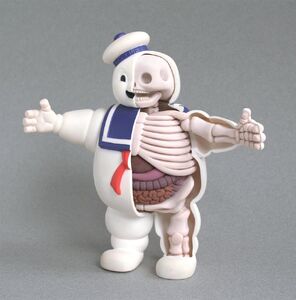 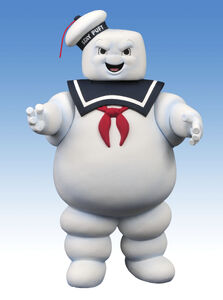 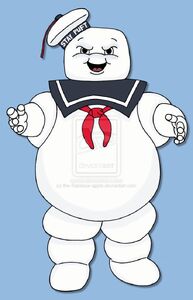 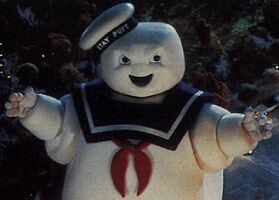 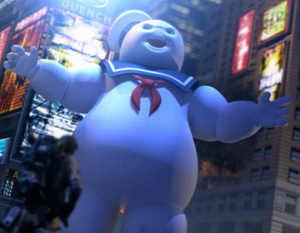 The Stay Puft Marshmallow Man in Ghostbusters: the Video Game. 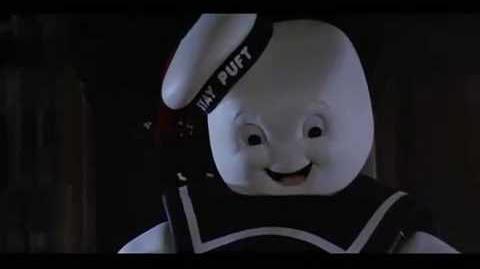 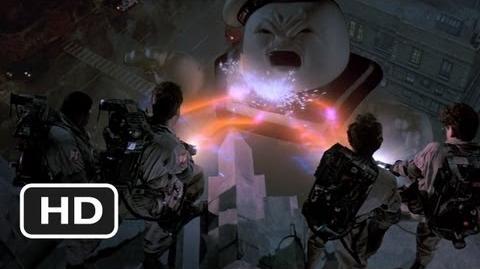