Ranting about Stolas's affairs with Blitzo.

Have Stolas assassinated for his infidelity.

Punish and/or kill Blitzo and I.M.P (both ongoing).

Stella Goetia (also known as Stella) is one of the main antagonists in the adult animated black comedy web-series Helluva Boss.

She serves a minor antagonist in "Loo Loo Land", the overarching antagonist of "The Harvest Moon Festival", and she could possibly return as the main antagonist on the upcoming Episode 7 and 8.

She is the vindictive wife of Stolas, the mother of Octavia, and a member of the royal Goetia family of Hell. After finding out her husband cheated on her with the imp Blitzo, she ruthlessly plotted his assassination and plans to kill him for his infidelity using any means necessary.

She is voiced by Georgina Leahy.

Her appearance in the pilot is extremely minor and doesn't give much detail to her character. It is established though that she doesn't approve of Stolas' affairs with Blitzo due to Blitzo being an imp. However, before then it is established that their relationship wasn't a very healthy one from the start either. When Octavia cried for them, Stella refused to respond and told Stolas to handle it.

In her first characterize appearance, she is angrily ranting at Stolas for sleeping with an imp in their bed and storms out, destroying some of Stolas' plants as she does.

The end of the episode establishes her as a dangerous villain when it is revealed that she hired Striker to assassinate Stolas. When Striker calls to tell her he failed due to I.M.P. getting in the way and ensures her it wouldn't happen again, she warns him that it better not as she tells him to deal with anybody who gets in his way.

Stella is a very wrathful demon who has grown to hate her husband, Stolas, due to his open relationship with Blitzo, however, she has made it very clearly numerous times she is not concerned her husband cheated on her but rather is enraged he did so with an imp, which she takes as a personal insult.

This brings Stella's second trait to light, namely a deep hatred of imps, who are regarded as the lowest class of demon in Hell, as such she sees them as servants at best (by though she will happily employ an imp to assassinate her husband for her)

Violence is Stella's main go-to in regards to solving any problem but she does not seem to abuse her daughter. She is, however, very distant and does not seem to have a strong maternal side — instead it is Stolas who seems to care for Octavia's emotional needs (it is unknown how much Stella provides for Octavia in other matters).

For all her negative qualities it was hinted by Stolas himself that he and Stella did have a happier relationship at some point, though it may also of been an arranged marriage rather than one born of love (considering Stolas' obsession with Blitzo it is possible he was forced into marrying Stella). 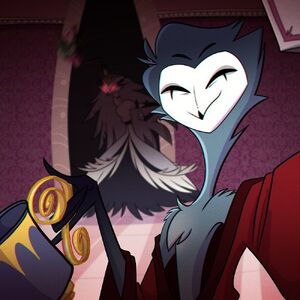 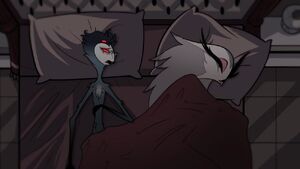 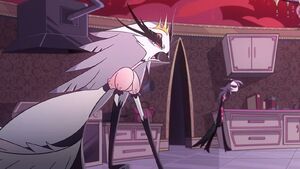 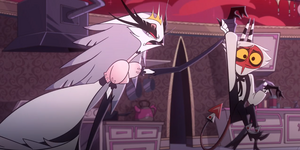 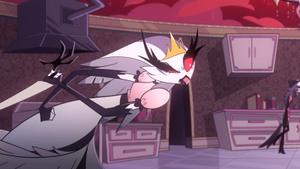 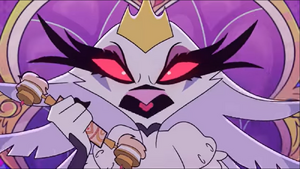 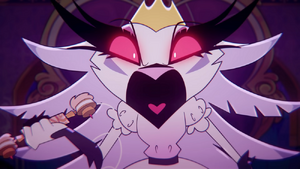 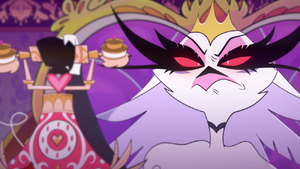