Villains Wiki
Register
Don't have an account?
Sign In
Advertisement
in: Mature, Female, In Love,
and 27 more

Prevent her abuse from being exposed (failed).

Stella Crawford is a fictional character and major antagonist of the British soap opera EastEnders. She first appeared as a supporting character in 2006 and later the secondary antagonist in 2007 up until her death on July that year.

In her debut Stella was the daughter of Edward and Marion Crawford, as well as the former fiancée of Phil Mitchell. They were to get married but not after Stella had been abusing Phil's son Ben. In the end, Phil discovered Stella's abuse towards Ben and Stella was killed-off when she committed suicide.

The character was portrayed by Sophie Thompson, who also played Rosemary Piper in Coronation Street.

Stella Crawford first came to Walford in Albert Square late 2006. By the time 2007 had emerged, she became the new lawyer of the square's local hardman Phil Mitchell.

Soon enough the pair started dating, but Phil's young son Ben was unhappy about it. Stella tricked Ben into trusting her and tried to end his friendship with fellow schoolchild Abi Branning before eventually starting to abuse him. She then forced Ben to convince Phil to propose to her which Phil did and she accepted. The abuse continues with Stella calling Ben names and making him confess to things he never did. She once came to Ben in his room and said that she loved him, but she only said it because Phil was listening. After foiling Ben's plan to run away with Abi later on, Stella smashes a photo of Ben's mother Kathy and said that he is too pathetic to be Phil's son. At somepoint Phil's stepson Ian Beale and Abi's father Max Branning each started to grow skeptical over Stella's interaction with Ben and Abi, but Stella was able to convince them otherwise

On the day of Stella and Phil's wedding, Ben tells Stella that he does not want her to be his mother - to which Stella warns him to keep quiet. Halfway through the ceremony, Ben reveals what Stella has been doing to him. Stella flees to the Queen Vic, where she pours orange juice on Ben's bed to make it look like he wet the bed before tearing a photo of Ben and Phil in half and tucking the part with Ben on it in her bra. She is found by Phil who follows her to an abandoned factory where she locks the gates so Phil can't get to her. Stella tells Phil that in childhood, her parents blamed her for the death of her sister Catherine and was treated like a ghost in her own home. Phil drives his car into the gates and runs after Stella onto the factory's roof where she threatens to jump unless Phil says he loves her. Phil replies that he chose her because he thought she was convenient for Ben and would be a good wife.

Stella jumps off the roof whilst clutching the photo of Ben, lands on the wedding car and is killed instantly. Phil was initially arrested for murder, but CCTV shows that she jumped. Regardless, Stella's actions have left her disgraced on the square since her abuse was exposed. 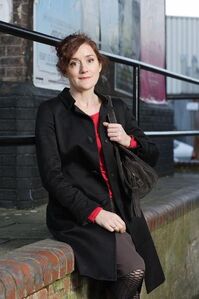 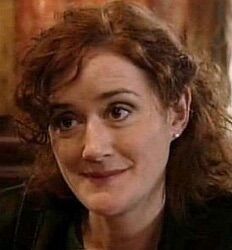 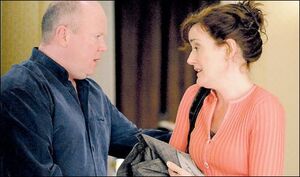 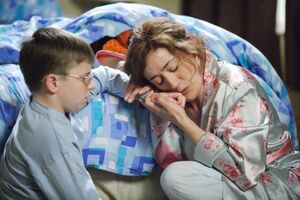 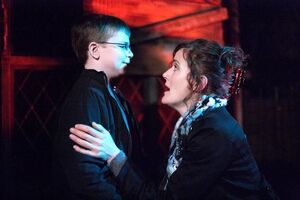 Stella has been terrorizing Ben for months. 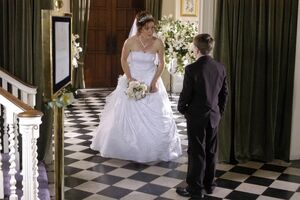 Ben telling Stella that he doesn't want her to marry Phil. 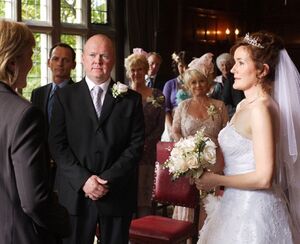 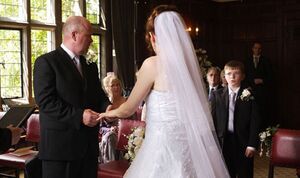 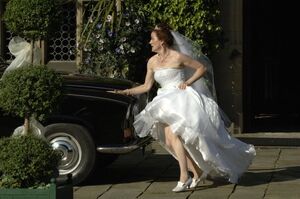 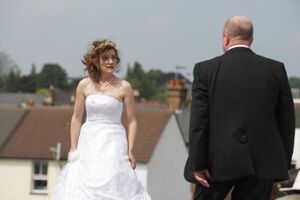 Stella being confronted by Phil. 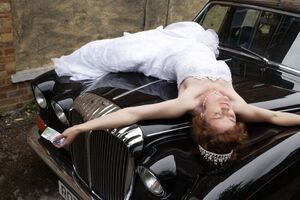 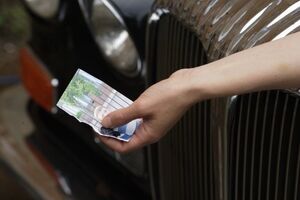