Monster
Stellio Dextera is a Lizard Lord and antagonist in Kamen Rider Agito.

Stellio Dextera got caught up in a trap set up by Toru Hojo to catch Agito. Dextera fought against the police until Agito arrived and the Lizard Lord did battle against the Rider, with Stellio Sinistra soon showing up to provide backup. However, Dextera was eventually destroyed by Agito Shining Form's Shining Clash.

Stellio Dextera was among the many revived monsters who were part of the massiveDai-Shocker army in the World of Decade. They fought against a gathering of 25 Kamen Riders who formed to oppose Dai-Shocker's invasion of the A.R. Worlds. 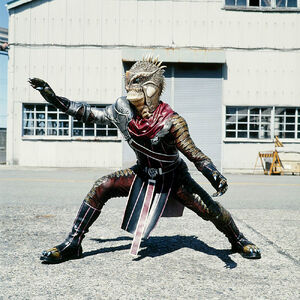 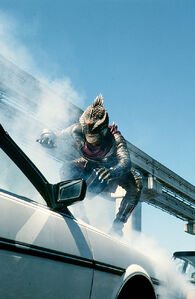 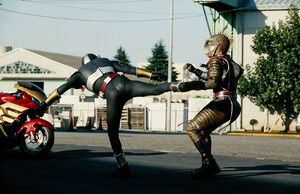 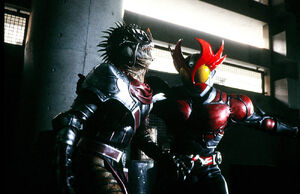