Grounding Butters for no reason.

Ground Butters for things that he does not even do.

Stephen Willis Stotch, or better known as Stephen Stotch, is Butters' abusive, tyrannical, oppressive and strict father as well as a One of the main characters and sometimes an antagonist in the TV show South Park. He frequently grounds his son for little to no reason, try to sell him to Paris Hilton for $250 million, give him a brutal beating for cussing them out over the phone (it was actually Cartman pretending to be Butters), locked him in the basement, try to feed him a dead woman's body. He is one of Butters' arch-nemesis, the other being Linda.

He is close to closet homosexual who abuses his son whenever he has 'bicurious' traits (even sending him to a straight camp with a HIGH suicide rate). Not to mention being physically abusive, according to Linda he handles all of Butter's punishments. Including belittling him and berating him for minor offenses such as (which he probably did but blamed Butters anyway) mixing up things in the pantry. Sometimes it to receive the punishment he deserves to be as abusive with her son.

There is some debate over whether Stephen really cares for his son - while he will go to extreme methods to help him, even trying to bring him back from the dead in "Marjorine". Stephen has been shown to sometimes care about Butters, but he often treats him very harshly, though he claims it's for Butters' own good. At times, though, it seems he enjoys yelling and grounding Butters just for the hell of it, as seen in "The Ungroundable". 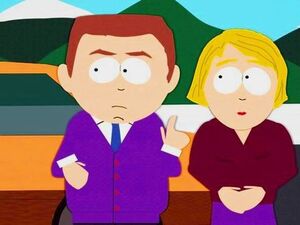 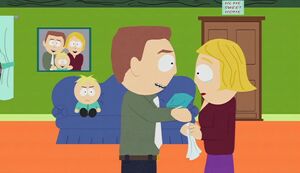 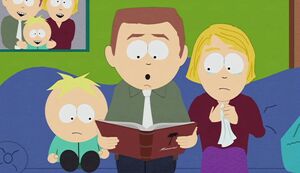 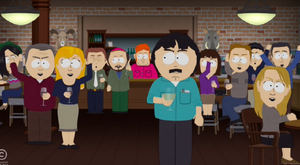 Retrieved from "https://villains.fandom.com/wiki/Stephen_Stotch?oldid=3421207"
Community content is available under CC-BY-SA unless otherwise noted.