Be a jerk to everyone he sees.

Steve Polychronopolous is the titular antagonist of a 1996 song and music video by Adam Sandler. He is a rude and self-centered person who can't stop himself from acting up. He is also known as a wanted fugitive due to the numerous phone calls of people that have been harassed by him.

Steve came across a woman and poured a bucket of water on her. He later stole the residents' beer and pizza slices. He was seen causing tons of mayhem including breaking one's brother's stereo and make their dogs run away with the gate open.

Steve Polychronopolous is a crude and insensitive man who doesn't care what others think about him. He frequently insults them. He borrows peoples' belongings and never returns them.

He also never shows up after requesting for an extra baseball ticket. Steve is prone to lying about what he did to other people. Steve is self-loathing and is aware that nobody likes him. 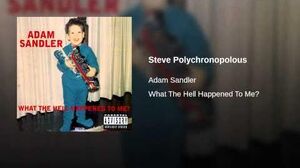 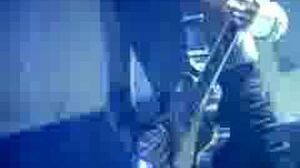 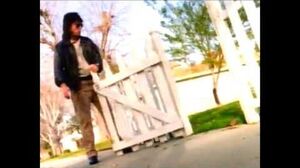