Shadow of the North Plaza

Protect his store from "vandalism".

Steven Chapman is one of the bosses or psychopaths featured in the 2006 video game Dead Rising. He is the one of the main bosses of the main mode 72 Hours and can be found in North Plaza in his supermarket Seon's Food & Stuff in Case 2-3: Medicine Run, although he is first mentioned in the scoop Shadow Of The North Plaza. He is the overprotective supermarket manager in Willamette Parkview Mall who has gone insane due to a zombie apocalypse, thereby attacking any survivors who enter his supermarket looking for supplies of food or medicine, believing they are mere vandals and looters who want to vandalize his store, often raising my voice.

He was voiced by Adam D. Clark.

The mention of Steven and his madness is first mentioned in the scoop Shadow Of The North Plaza. At around 11 p.m on September 19, a survivor named David Bailey entered Seon's Food & Stuff supermarket to find some food supplies. Unfortunately, inside he came across Steven who considered him a thief, so he decided to teach him a lesson by shooting him in the leg, injuring him. When Frank finds David in an unfinished store on a dim North Plaza, he shares his story about a maddened supermarket manager.

The next day after 6 a.m., as a result of the shooting with Carlito to save Professor Barnaby, Brad is injured. Jessie tells Frank that Brad has a fever and needs bandages and medicine immediately. Otis tells Frank that he can find medicine at a pharmacy at Seon's Food & Stuff. When Frank arrives at the supermarket, the entire store is empty and there is an unnatural silence. Frank walks to the door leading to the back room when he suddenly hears the sound of a shopping cart moving. After wandering down the alleys looking for the cart, Frank runs straight into Steven with a modified shopping cart full of knives in which he sees an unconscious girl named Isabela Keyes. An angry Steven begins to accuse Frank of coming here to demolish his store, to which Frank replies that he only came here to get medication for an injured person. This only infuriates Steven who says Isabela has come here for the same. After declaring that he does not tolerate vandalism in his owl store, he decides to attack Frank.

After the fight, the defeated Steven goes to one of the cash registers and grabs the terminal. Steven begins to lament who will take care of and run his supermarket when he will be gone. Eventually, Steven realizes Frank is a regular customer and wishes him a good day. After these words, he falls to the floor. But just before he dies, he yells out at the entire store, "Clean-up! Register 6!" and then dies. After a short conversation between Frank and Isabela, the woman leaves the supermarket and Frank finds a key leading to the back room by Steven's corpse, from which he can get to the pharmacy, where he finds a first aid kit for injured Brad. 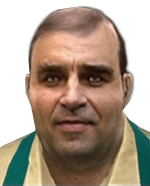 Photo of Steven in Frank's Notebook. 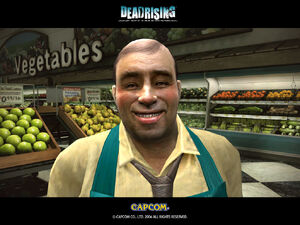 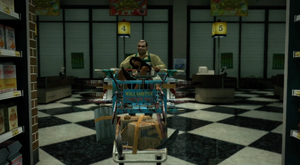 Steven Chapman inside his supermarket. 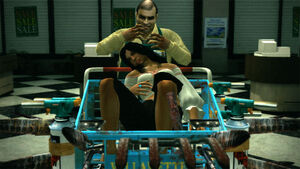 Steven holding Isabela as a hostage. 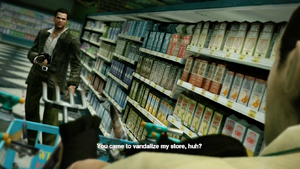 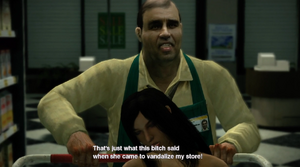 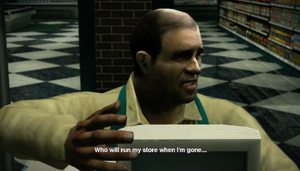 Steven worrying about his store before dying. 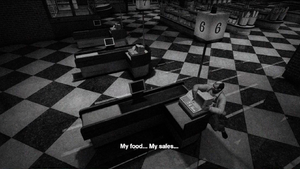 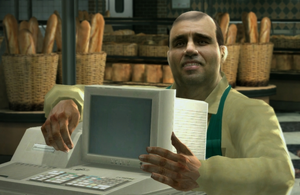