Steven Conners is a minor villain in the first season of Black Lightning.

He was portrayed by Joshua Mikel, who also played Jared.

Conners is an old associate of the 100 gang member Lala and is his prime distributer for drugs in Freeland. Their partnership is ended after Lala is killed by Tobias Whale.

Dealing with the 100 Gang

After Lala's resurrection, Lala contacts Conners to get into the business once more. Suprised to hear from Lala, Conners takes two henchmen and heads to the Club 100. Conners is welcomed by Lala and mentions that he heard that Lala was dead. Lala replies that he was and, presumably not believing him, simply welcomes him back. The two then get to business and Lala tells Conners that he wants to buy a huge amount of drugs. Since every drug user in Freeland recently started only taking Green Light, Conners business is bad so he welcomes the demand. However, he is not completely convinced since Lala is buying far more than usual. Fearing a set-up, Conners mentions this but Lala calms him and promises that there is no set-up.

Conners mentions that everybody just wants Green Light but Lala tells him that the supplier is gone and that the people will soon turn back to the common drugs. Conners thinks on that but also mentions that Lala's demand is too high to sell on commission. Lala then hands him a piece of paper with his mother's address on it as leverage. Impressed that Lala would drag his own mother's safety into the business, Conners then asks how he knows that this is really her address but Lala tells him to send his men to check it out, claiming that he will wait. Conners indeed sends his men and tells Lala that they have a deal once everything checks out.

Conners later provides Lala the drugs, although Lala seems to have a difference to find somebody to sell them to. A few months later, a deal between Connors and a shady corporation is interrupted by Anissa Pierce. When Conners tries to fight back, the masked Anissa hurls him into some boxes and escapes with Conners' money which she donates to her local church. In order to get revenge, Conners orchestrates a terror attack on the clinic benefiting from the churches' money. However, before he does so, he heads to prison to meet with Tobias Whale and get his permission. Whale grants it in exchange for Conners surrounding the area with security cameras in case Black Lightning shows up. When Black Lightning actually appears, Conners' plan is foiled although his hired assassin manages to escape. 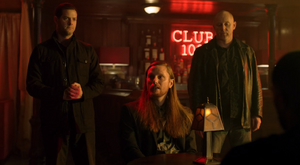 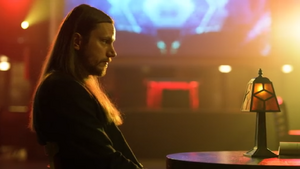 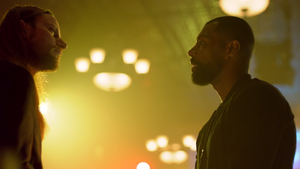 Retrieved from "https://villains.fandom.com/wiki/Steven_Conners?oldid=4041952"
Community content is available under CC-BY-SA unless otherwise noted.