Carve a "pumpkin" with his son (succeded).

Get away with his murders (somewhat succeded, but later received his comeuppance).

Principal Steven Wilkins is the main antagonist in the 2007 Trick 'r Treat. He is a local principal who moonlights as a serial killer who has a love for the Halloween spirit.

He is portrayed by Dylan Baker, who also portrayed Bill Maplewood in Happiness and Biff Simpson in Hunters.

He appears throughout the film's segments mostly incognito, but has a role in three of them - The Principal, Suprise Party, and Sam.

In his first appearance, he spots a local bratty kid named Charlie stealing candy. He seemingly takes it in stride talking to Charlie about Halloween and letting him eat some of the candy. It turns out that Wilkins has poisoned his candy with cyanide and as a result, Charlie vomits blood and chocolate and dies.

Later he buries Charlie's body in the back yard and hears his neighbor Mr. Kreeg, calling for help next door. Wilkins ignores him and continues to bury Charlie, along with another unknown victim.

At the end of the segment, Wilkins goes to his basement where he and his son are making a "jack o' lantern" which turns out to be Charlie's severed head.

Throughout the film he can be seen in disguise as a vampire, using metallic fake teeth. He is stalking a 22-year-old, virgin girl named Laurie with intentions to kill her. Laurie is heading to a party her friends and older sister are holding and Wilkins corners her and bites her.

It is shortly revealed that Laurie has turned the tables on the vampire and dragged him to the party. It is there the helpless Wilkins realizes that Laurie and her friends are werewolves who lure men to their party to kill them and Laurie's "virginity" means that she never killed anyone yet. At that moment, the werewolves transform and kill their victims, Laurie herself kills the horrified Wilkins.

This segment coincides to a degree with "The Principal", it's revealed Kreeg was earlier calling for help when Sam was attacking him. Kreeg calls Wilkins for help, but Wilkins ignores him.

Although dead at the time of the epilogue, his son Billy has dressed up as him for the next Halloween. 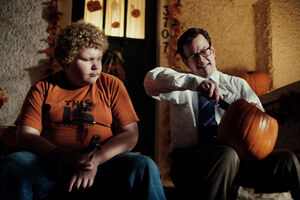 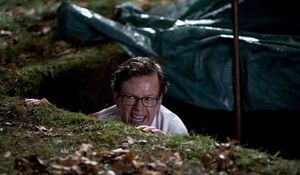 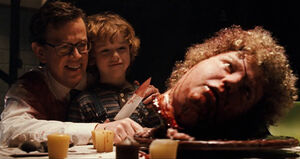