Villains Wiki
Register
Don't have an account?
Sign In
Advertisement
in: Villains of Folklore, Noncorporeal, Immortals,
and 35 more

Thief
Blacksmith (in some versions, formerly)
Farmer (in some stories & in Megmi Tensei)
Wandering spirit

Wander the world in hopes of one day finding eternal rest (ongoing).

Stingy Jack is a titular and protagonist villain of a story with the same name from Irish folklore. Stingy Jack was a man who was hated by the locals due to his deceptive nature to the point even the Devil came to hear of this infamous man.

This tale is used to explain origin of the creation of Jack-o'-lanterns due to being named of one of Jack's alias' "Jack of the Lantern" from when he carved his own lantern to light his way when doomed to wander for all eternity.

The exacts vary on why Stingy Jack earned his reputation but generally it is said he was a manipulative con artist and even at times a thief who took advantage of any who were unfortunate enough to meet him, this combined with him being a notorious drunk who refused to help anyone made the locals believe he was worse than even the Devil himself.

The Devil became curious and in some tales envious and sought to meet the cruel man. Jack, who was as usual drunk, wandered the countryside at night until the Devil appeared in front of him. Unlike most people in his situation Jack was quick to form a plan and pretended to not put up a fight but merely asked the Devil for a last request which would be to drink some more at a local tavern before departing to Hell, the Devil decided this was a fair request thus allowed it.

The two spent many hours drinking and as it became clear Jack's thirst was quenched and Jack decides to ask the Devil to pay the for the drinks shocking him, before the Devil could even respond Jack said that the Devil should turn into a silver coin and that way when they both departed it would be deceiving the bartender. This impressed the Devil that even now Stingy Jack was unrepentant so the Devil agreed but instead of going along with the plan Stingy Jack instead places the silver coin in his pocket next to a crucifix (or just a cross in some) which prevented the Devil from turning back while sneaking out of the bar. Upon sneaking out Stingy Jack made the Devil an offer: the Devil would be unable to claim his soul for ten years or else remain trapped, rightfully angered the Devil reluctantly agreed.

For ten years Stingy Jack continued to con others for personal gain but exactly to the day the Devil came once more to haunt Jack when alone in the countryside. Once again cornered Jack feigned defeat any yet again asked one last request but this time for a single apple claiming to be starving to which the Devil decided to accept out of pity. As the Devil climbed a tall apple tree to retrieve an apple Jack made his move by placing several crosses at the base of the tree (or carved one in the tress in some versions) effectively trapping the Devil. Outraged the Devil demanded his freedom which Stingy Jack struck a deal, in return for the Devil's freedom Jack's soul could never be claimed by him thus could never go to Hell, with no choice the Devil reluctantly agreed once more.

After many years Stingy Jack's lifestyle of drinking and conning took its toll, upon death Jack realized much to his horror he could not enter Heaven. As he walked to the pearly gates St. Peter informed Jack that his lifetime of sin and evil made it to where God forbid Jack from finding eternal peace in Heaven. Desperate and feeling exhausted due to the soul not meant to be wandering the world Jack went to the gates of Hell to plead the Devil to let him rest. However due their deal all those years ago and either out of honor towards their deal (or anger over his wounded pride) the Devil refuses to let Jack enter.

When demanding to know what he's supposed to do if unable to enter the afterlife the Devil responds that Jack is wander between the worlds (or the mortal world in some versions) for all eternity, however the Devil does give Jack an ember (or flaming coal) from Hell to forever light his way to mock Jack's plead that he couldn't even see anything in the darkness. With no choice left Jack was forced to hollow out a turnip (later changed to a pumpkin in some retellings) to function as a lantern in the futile hope of finding a place to finally rest earning himself the alias "Jack of the Lantern".

Stingy Jack is portrayed as a selfish man who is able to talk his way out of most situations while also being very deceptive. Throughout the tale Jack proves himself able to manipulate the situation and convince those around him to taking pity on him even if they know he's untrustworthy. As his nickname suggest he is willing and able to trick others to paying his tab which is presumably part of why the locals despised him and implies he is rather greedy. Jack also makes it abundantly clear he has no interest in redemption nor helping other due to lacking remorse. This is even emphasized when he is about to be taken to Hell he comes up with an attempt to con a bartender along with the Devil, even when he finds a temporary escape from his damnation for a decade he merely continues his notorious acts due to enjoying them.

Jack was in his lifetime was known as a skilled silver tongue and a prankster always playing some kind of trick on people. While Jack was able to out smart the Devil so he could live longer but after his death he wasn't allowed into heaven or hell. Because Jack was cursed to wonder forever in darkness, nothingness and on earth Jack was also able to cheat Death/Grim Reaper. Neither God, the Devil, Heaven nor Hell wanted to take Jack even Death couldn't take Jack thus he became a spirit.

Despite being a smooth talker able to get anyone to trust him, believe him and feel pity for him, Jack is also known to rowdy and foul mouthed. Jack is a man who always manages to find a loophole when making deals, gambling and making bets which allow Jack to either win or get away with crimes. 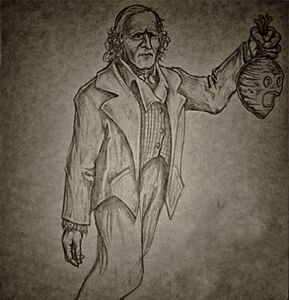 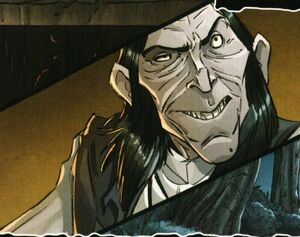 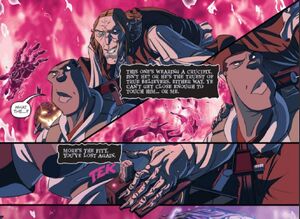 Stingy Jack realizing because Winston Zeddemore believes in God, the Devil can't touch him, so he activities Winston's ghost trap. 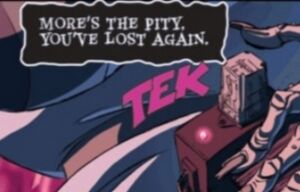 Jack's final words to the Devil before he lets the Ghostbusters capture him.

Stingy Jack smirking after secretly watching the Ghostbusters realizing he found a loophole to allow him rest. 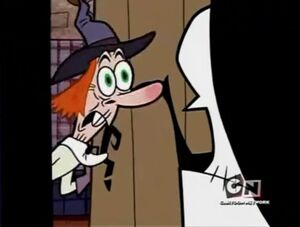 Jack becomes nervous seeing the Grim Reaper coming to collect his soul and send him to the underworld. 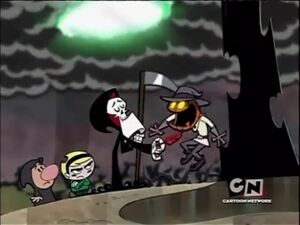 Grim finding away to make Jack leave without breaking his promise. 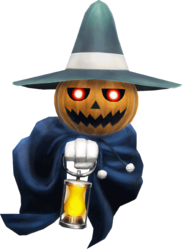 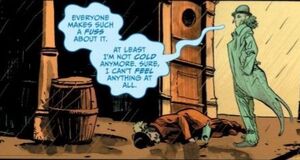 Stingy Jack looking at his body not understanding why people make a fuss about dying. 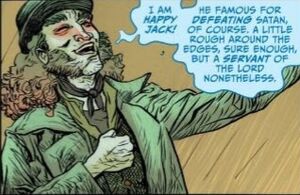 Stingy Jack believing he will be allowed in Heaven. 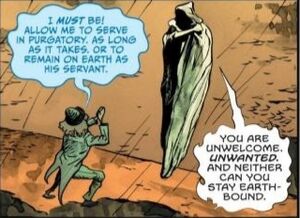 Jack begging to be let into Heaven or Purgatory.

Jack trying to convince the Devil to let him into Hell. 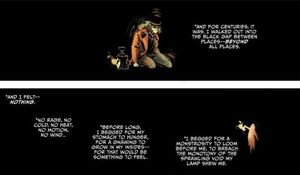 Jack alone in empty darkness missing all of the things that living people can feel.

Jack findinh his way back to Earth. 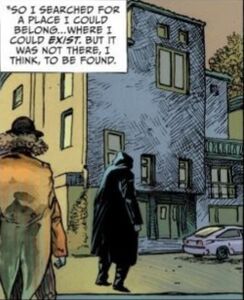 Jack having no luck finding a place to rest. 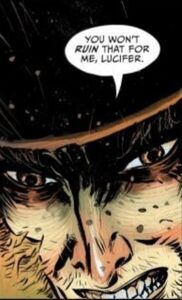 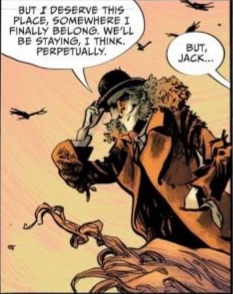 Jack smiling because he found a loophole but he is not welcomed in the world he found.

Stingy Jack happy with his new home, as he watches as more ghosts are put into the Ghostbusters containment unit. 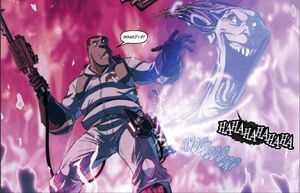 Winston suprised that Stingy Jack used the trap on himself, Jack gets the last laugh because he won against the devil.

Jack explaining mortality and death, but doesn't fear it like most people. 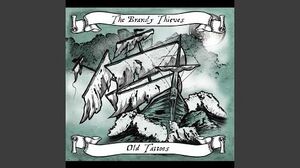 The Ballad of Stingy Jack and the Devil