Defeat the Swords of Sanghelios

After the original Covenant betrayed the entire Sangheili species, the Sangheili rebelled and sided with the humans to destroy the empire that betrayed them. With the Covenant destroyed, the Sangheili splintered into separate factions, no longer sharing a common goal. Jul 'Mdama led several others who shared his radical views. Despite the Human-Covenant War being over, the Storm Covenant sought to resume hostility and exterminate humanity: a goal they would ultimately fail with their defeat on Sunaion, Sanghelios. This goal put them into conflict with both the UNSC and the Swords of Sanghelios, who wish to work with humanity to rebuild both of their homeworlds.

After the joint forces of humanity and the Sangheili defeated the Prophet of Truth and the remaining Covenant Empire forces, the Sangheili found themselves in turmoil. While many Sangheili wanted to stay allied with humanity and work with them, others still viewed them as a threat, and wished to resume the genocide of humanity without the influence of their traitorous Prophets. Several Covenant Remnant factions were formed, including one by Jul 'Mdama and the Kaidon Panom. Jul's faction quickly entered into war with the Swords of Sanghelios. The Remnant forces soon gained an advantage after discovering the shield world Requiem and allying with The Didact and his Prometheans. They also gained an ally in Dr. Catherine Elizabeth Halsey, who allied with them to get revenge on the UNSC.

However, the Storm Covenant suffered tremendous losses during the Battle of Kamchatka, where Fireteam Osiris killed Jul Mdama while attempting to recover Dr. Halsey. 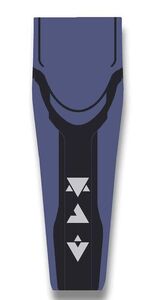 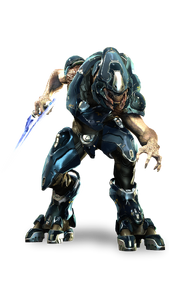 A Storm Elite
Add a photo to this gallery

Retrieved from "https://villains.fandom.com/wiki/Storm_Covenant?oldid=3835824"
Community content is available under CC-BY-SA unless otherwise noted.