Villains Wiki
Register
Don't have an account?
Sign In
Advertisement
in: My Little Pony Villains, Movie Villains, Monsters,
and 21 more

The Lands Beyond Equestria

The Storm Creatures, also known as Storm Guards are major antagonists of My Little Pony: The Movie. They are the minions of the Storm King.

They all wear jet-black armor with the Storm King's symbol on the belt and shoulder plates. Some of them carry shields and spears, while others just fight with their fists and claws. Two of them serve as Tempest Shadow's personal bodyguards, distinguishable from the other Storm Creatures by purple streaks in their hair.

The Storm Creatures mostly speak in unintelligible growls and grunts, but in the My Little Pony: The Movie Prequel comic, some — including Ralph and Sam — have comprehensible speech.

Under the Storm King's leadership, the Storm Creatures conquered many lands beyond Equestria, including Panthera, the kingdom of cats, and Mount Aris, the kingdom of the Hippogriffs. Eventually, the Storm King learned of the four alicorn Princesses of Equestria and their powerful magic, and planned to use it to power his mystical staff. He sent his lieutenant Tempest Shadow to lead the Storm Creatures on a mission to conquer Equestria and capture the princesses.

The Storm Creatures ambush the Equestrian capital of Canterlot and subdue all the subject ponies with ease while Tempest petrifies the princesses with magic orbs provided by the Storm King. However, the youngest princess, Twilight Sparkle, manages to escape. Tempest heads off in pursuit in her airship with several Storm Creatures and, after several attempts, finally captures Twilight.

At the climax, the Storm Creatures are defeated through the combination of the trickery of Capper, the cunning of the Mane Six, the fighting skills of the sky pirates and Princess Skystar, and Spike's fiery breath.

In the end credits it is shown that some of the Storm Creatures have opted to make peace with Equestria, due to being set free from the Storm King's rule. 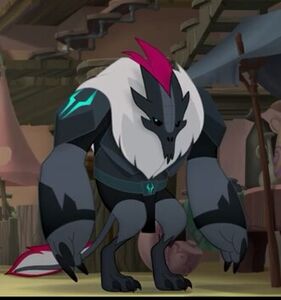 Storm creatures are looking at the ponies cake 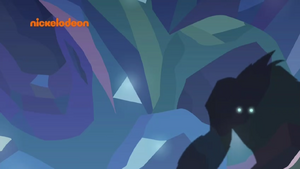 Storm creature is an illusion in Silverstream's deepest fears

Storm creatures get blown away by the storm