Telling how he would show no mercy to his enemies

Maintain his youth even if it means discarding his own humanity (succeeded).
Kill Joseph Joestar and Robert E.O. Speedwagon (failed).

Straizo was a former Ripple warrior who helped Jonathan Joestar stopping Dio Brando and his zombified minions' rampage in JoJo's Bizarre Adventure: Phantom Blood. So acquainted was he with Jonathan that he was invited to Jonathan's wedding as an honorable guest. But Dio survived and chased Jonathan and his wife Erina to their honeymoon at a luxury boat. Jonathan managed to stop Dio's rampage on the ship for one final time and was sunk along with everyone on board. Only Erina and an unnamed baby girl survived the maritime disaster.

After Jonathan's tragic death at the hands of Dio Brando, Erina and Speedwagon arranged a meeting with Straizo who became a godfather and caretaker to the baby girl. The baby was named Elisabeth (aka Lisa Lisa) and Straizo taught her the art of Ripple.

He made his reappearance in JoJo's Bizarre Adventure: Battle Tendency, appearing as an older man and succeeded Tom Petty after his natural death of old age as Ripple master. He is welcomed by Speedwagon upon answering his call to meet him in Mexico. Soon after, he is brought to an underground chamber under a recently discovered pyramid where he sees various stone masks and the figure that Speedwagon needs his help to destroy. Up until now he initially had the impression of being a noble Ripple warrior who wanted to put an end to Vampires' threats to humanity.

However, he is revealed to be a villain with a severe case of gerascophobia (the irrational and persistent fear of growing old). Straizo, obsessed with regaining youth at all costs, gave into his inner temptation and used the Stone Mask, becoming a Stone Mask vampire. Immediately after, he murdered his own disciples and Speedwagon Foundation agents. After gravely wounding Robert Speedwagon, he admits that he has envied the youth and vigor Dio possessed using the stone mask.

Realizing that Joseph could become a potential threat to him in the future, he decides to kill Joseph before the young Joestar could become a full-fledged Ripple fighter. However, Joseph, who was already aware of Speedwagon's plight and Straizo's treachery, was waiting for him. Joseph greeted the traitor with Thompson submachine gun strafes and string of grenades. After destruction of body inflicted by Joseph, Straizo, taking maximum advantage of regeneration as a vampire, managed to reassemble his shattered body back together but was severely exhausted.

After some recuperation, Straizo took a hostage taking and provocates Joseph to fighting him at a bridge: Straizo asks Joseph a choice - should he attempts to save the hostage, Straizo would consider him as a legitimate threat. But if Joseph walks out on Straizo's hostage, Straizo would deem Joseph not a threat to the vampire and would stop stalking the young Jojo. Jojo eventually chooses the former and has his duel with Straizo. With strategy, trickeries and careful planning Joseph manages to take down Straizo. In defeat, Straizo tells Joseph about the existence of a Pillar Man that he and Speedwagon found, telling Joseph that he will cross paths with the said beings and learn the meaning of evolution. Straizo then releases the Ripple stored in his body to self-destruct, revealing he has no regrets for his actions and prefers going to hell in his prime.

In spite of his crimes, Straizo still maintained some goodness within him, as he didn't want to bring a bigger danger to Earth just to maintain his youth and warned Joseph about Santana's awakening in order to prepare him for the upcoming threat. 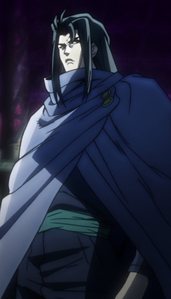 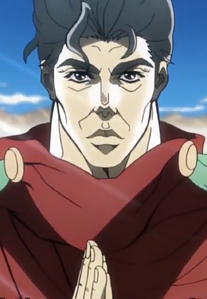 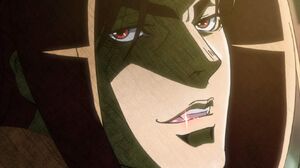 Straizo reborn as a vampire. 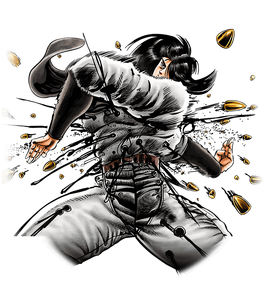 A vampirized Straizo shaking off bullets fired by Joseph Joestar. 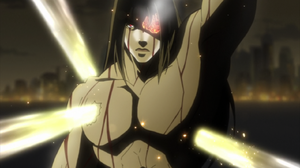