Proficiency in explosives, grenades and firearms

The Strategic Defense Coalition, or SDC for short, is an Asian military alliance that appears as the primary antagonistic faction of the Strike Force missions in the 2012 video game Call of Duty: Black Ops II and one of the antagonistic factions in the game. If the SDC is defeated in all of the Strike Force missions, it will become a supporting protagonist faction for NATO and Joint Special Operations Command.

Formed by the Chinese government in response to the start of the Second Cold War and the cyber attack that crippled the Chinese stock market by Cordis Die's leader Raul Menendez, the SDC includes many Asian countries like Pakistan, Burma, North Korea, Kazakhstan, Kyrgyzstan, Tajikistan, Uzbekistan, Mongolia, Nepal and Bhutan.

Led by General Zhao, the SDC comes into opposition with the United States and the Western world during the Second Cold War, with Menendez pitting America and China against each another for his own ends.

The SDC attempts to pressure Russia into joining their alliance by expanding their influence into key locations such as India, Iran and Afghanistan. JSOC strike force, led by Navy Admiral Tommy Briggs and SEAL Lieutenant Commander David "Section" Mason, opposes the SDC, knowing that if Russia joins the alliance, they will be the largest military force on the planet.

Depending on how the players perform their actions in the Strike Force missions, Russia, India, Iran and Afghanistan may become members or they will ally with JSOC and join the fight against Menendez.

If Zhao is killed in Peshawar, Pakistan, Premier Chen will be relieved. The SDC, under the moderate leadership, forms an alliance between America and NATO in their campaign against Menendez and Cordis Die by sending their fighters to save the U.S.S. Barack Obama from the hacked drones and assisting JSOC in an assault on Cordis Die headquarters in Haiti.

If Zhao survives, the SDC will control nearly all of Asia, causing tensions between America and China increased and Premier Chen will not be able to help America. 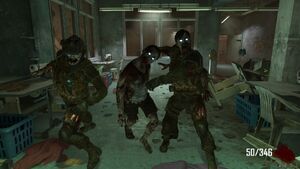 Flag of the SDC 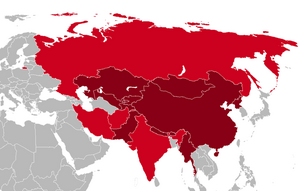