Become the most powerful gang in Vice City (failed).

The leader of the Street Sharks is distinct from the other members. He wears a red bandana, black shirt, and purple belt. He drives a dune buggy instead of a van or SUV. The leader uses a rifle whereas most of the other Sharks use pistols. He joined the gang prior to 1986 and eventually became the head. He is responsible for stealing money from Ricardo Diaz.

Tommy Vercetti's first encounter with the Street Sharks takes place right after they stole 3% of Ricardo Diaz's money. He wants Tommy to recover the lost money. Tommy heads towards the apartment where the gang's leader lives. When he arrives, the entire place is vacant. Instead, the leader is on the roof of the building. He fires a Kruger Assault Rifle and retreats. Tommy is forced to chase him across a row of roof tops until they reach an alley. The chase switches to the streets. Eventually, the leader arrives at his hideout in Prawn Island. Tommy returns to Ricardo Diaz. When Diaz discovers the whereabouts of his cash, he sends Tommy and Lance Vance on a mission to recover it. They board Diaz's personal helicopter and fly directly towards Prawn Island. Most of the Street Sharks ambush them when they arrive. Tommy is forced to shoot them from the helicopter. He is then dropped onto the ground after the airstrike. He begins his search inside the house and kills more Sharks. He finds the cash on the roof which is guarded by the gang's leader. Both of them engage in a fight but Tommy is victorious. Lance arrives in the helicopter and collects the cash. The gang still exists after the death of it's leader. Several days later, the Sharks decide to make a drug deal with the local Haitians. Umberto Robina hears about it and wants all of the money involved in the deal. Tommy travels to a house located on Starfish Island. Upon his arrival by boat, the deal is already underway. He attacks everyone and swipes briefcases filled with money. Two Haitians in a boat use a grenade to destroy Tommy's boat. He is forced to find another mode of transportation. During the fight, the local law enforcement dispatches SWAT teams. Despite the overwhelming odds, Tommy manages to give the money to Umberto. The Street Sharks then steal Mitch Baker's motorcycle as an attempt to gain respect from other gangs. They stash it in an area filled with parking garages. This time, Tommy drives a motorcycle and lands directly in the center of the area. He kills everyone there, recovers the stolen motorcycle, then returns it to Mitch. 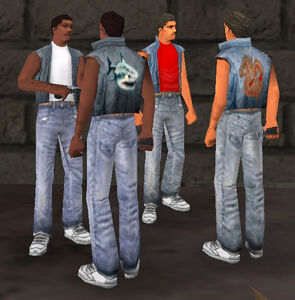 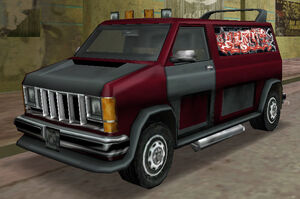 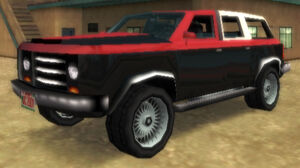 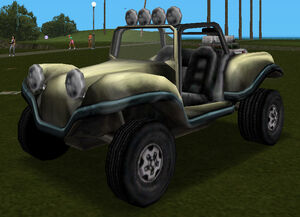