Stretch is a supporting antagonist in Pixar's 11th full-length animated feature film Toy Story 3. She is an octopus and Lots-o'-Huggin' Bear's henchwoman.

She was voiced by Whoopi Goldberg, who also played Shenzi in Disney's The Lion King, Stormella in Rudolph the Red-Nosed Reindeer: The Movie, & Janette Grayson in Law & Order: Special Victims Unit.

Stretch made her first appearance in the scene where she was in the crowd in Sunnyside Daycare.

Stretch made two brief appearances during the first visit to Sunnyside. She is seen shaking tentacles with Hamm, Slinky Dog and Barbie. Later, Stretch was seen playing Poker inside a vending machine, and the Poker table was a See-'n-Say toy.

Then, Stretch won once the arrow hits the duck and the others were mad. After Chunk and Sparks fail to imprison Jessie, Stretch helps them lock her up. During the confrontation at the dumpster, she appeared on a rectangular pipe and after Big Baby threw Lotso away, she left. Later, Stretch made her final appearance where she was in the newly rebuilt Sunnyside Daycare during the credits.

There is a LEGO version of Stretch and official Toy Story 3 merchandise toys of Stretch. 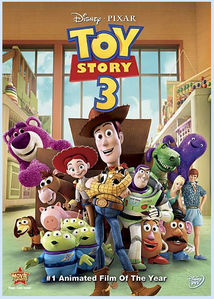 Lotso, Ken and Stretch on the Toy Story 3 DVD.

Stretch and her friends watching a movie with other Pixar characters. 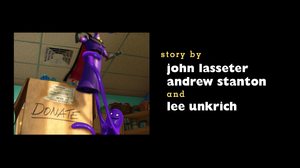