To make money from his puppet shows.

Stromboli is the name given to the fierce and traitorous puppet-master and the secondary antagonist in Disney's 1940 animated adaptation of the fairytale Pinocchio, and the main antagonist in the 2000 semi-remake Geppetto.

He is based of Mangiafuoco, the puppet master of ​The Adventures of Pinocchio​. Mangiafuoco was willing to burn Pinocchio because he ruined his show, but he spares him and gives him five gold coins.

He was voiced by the late Charles Judels.

At first Stromboli portrayed himself as a large, but friendly man who wished for Pinocchio to perform in his show, which Pinocchio did with glee (in his famous "I have no strings" melody).

However, after the show had finished, Stromboli showed his true nature when Pinocchio wished to return home to Geppetto (though he would be back in the morning). Stromboli declared Pinocchio was "home" and threw him into a cage, threatening to chop the puppet into firewood when he became too old to perform.

He does have a bit of a temper, and often loses it. He tends to say bad words in Italian whenever he loses his temper.

Initially, Stromboli seemed like he was a fun-loving, gregarious, charismatic, but slightly moody puppeteer. Later on, however, he was revealed to be a manipulative psychopath, and (foolishly) revealed to Pinocchio that he would use his chopped up body as firewood once he was done with him. So Stromboli fits the classic bill of psychopathy, seemingly charming, but being greedy, violent, ruthless, and egotistical, underneath his exterior. Though he did not possess many of the features many later Disney villains would possess, Stromboli managed to terrify many generations, with his murderous and infanticidal declarations and hot-blooded temper.

In the movie, after learning that Pinocchio was a stringless puppet, Stromboli asked him if he liked to sing and dance. Geppetto refused to let him get involved in show business and that he shouldn't talk to strangers. After getting in trouble, Pinocchio runs away from home to live with Stromboli as well as performing for his puppet show.

After the show, Stromboli and his ventriloquist dummy were counting the money made from the show. Pinocchio was seen locked in a cage. Stromboli refused to let him out, because it's a dark, cruel world out there and, more importantly, it's part of the contract he signed. When Geppetto came by, Stromboli covered Pinocchio's cage with a quilt and hid him outside. He lied to Geppetto that Pinocchio went off on his own. After he left, Stromboli discovers that Pinocchio DID wander off and learns that he was headed to Pleasure Island. Knowing what really happens there, Stromboli and his dummy went off to retrieve him before his father does.

Later, the Blue Fairy shows Geppetto what Stromboli is really like and what he really wants from Pinocchio. At Pleasure Island, Stromboli followed Pinocchio around, but the Ringmaster tells him that adults aren't allowed there. When Pinocchio tries to get on the rollar coaster, Geppetto and Stromboli were fighting each other, only to have the fight broke up and that Stromboli was escorted out of there (though Geppetto manages to dodge the stilt men).

Back in the toyshop, Stromboli had been waiting for them and that he showed Geppetto the contract Pinocchio signed. He pushed Geppetto aside, ransomed Pinocchio, and went off. After the Blue Fairy turned him into a real boy, Stromboli realized that no one would pay to see a real boy. In the end, he was repeatedly attacked by the Blue Fairy and fled. 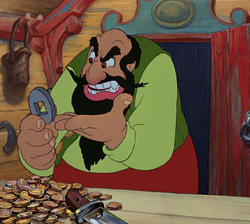 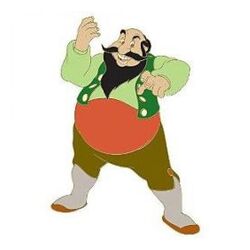 Stromboli laughing when he became impressed by Pinocchio's performance 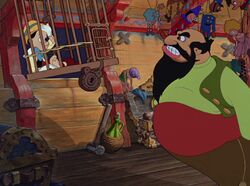 Stromboli revealing his true nature after locking Pinocchio in a birdcage 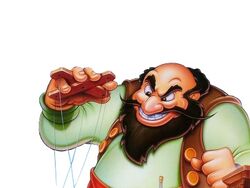 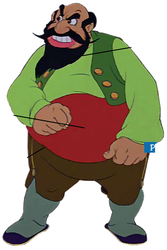 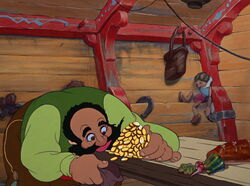 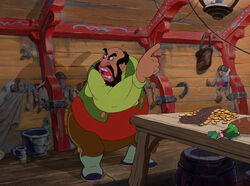 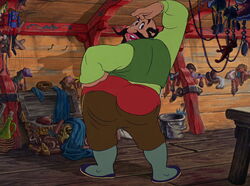 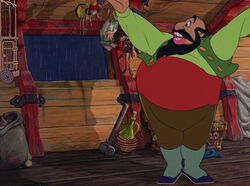 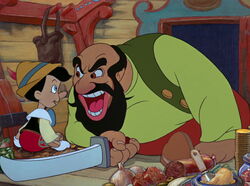 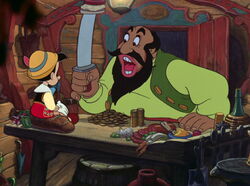 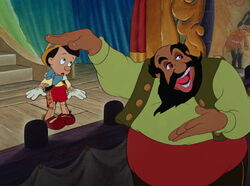 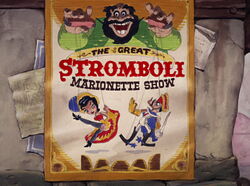 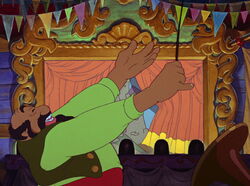 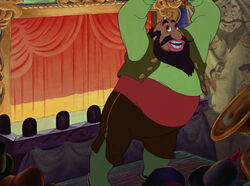 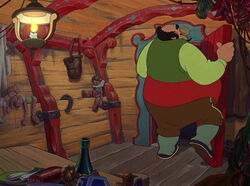 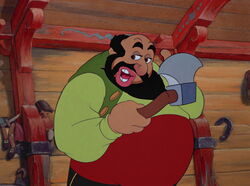 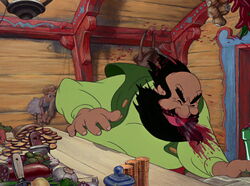 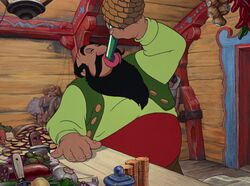 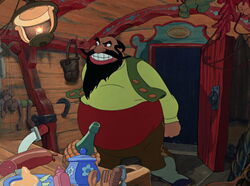 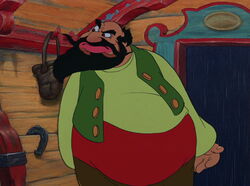 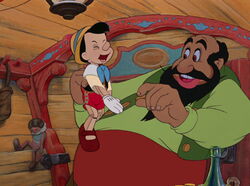 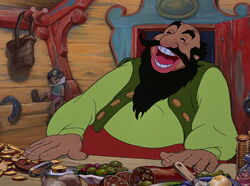 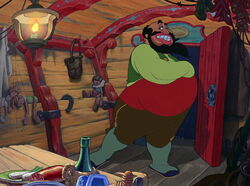 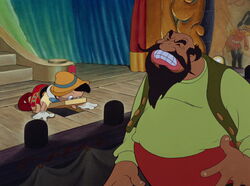 Retrieved from "https://villains.fandom.com/wiki/Stromboli?oldid=2121360"
Community content is available under CC-BY-SA unless otherwise noted.