One of the Ancient Enemy's Phantom drones

Consume all lifeforms (revived self as one of the Ancient Enemy's Phantoms; possibly ongoing).

Deputy Stuart "Stu" Wargle is a character in the Dean Koontz novel Phantoms and the 1998 horror movie adaptation of the same name. He is a socially awkward and sexually perverted deputy with a bleak sense of humor who works with Sheriff Bryce Hammond and Deputy Steve Shanning to investigate some mysterious murders in the town of Snowfield in Colorado (California in the book). He is killed and later reanimated by the Ancient Enemy, which can mimic anything it consumes.

He was portrayed by Liev Schreiber, who also played Sabretooth/Victor Creed in X-Men Origins: Wolverine, Ray Donovan in the TV show Ray Donovan, Ted Winter in Salt, and Colonel Alexander Vosch in The 5th Wave, the Storm King in My Little Pony: The Movie, and Kingpin in Spider-Man: Into the Spider-Verse.

Stu is a local deputy officer in the snowbound resort town of Snowfield, Colorado (California in the novel), working with former FBI agents Sheriff Bryce Hammond and Deputy Steve Shanning.

During the officers' search of missing townspeople, they found 2 sisters, American surgeon general Dr. Jennifer Page and Lisa (Doctor Jennifer Pailey and Lisa Pailey in the film). about stagnate murders occurred in the town. Stu become obsessed with the Page sisters and lustful of them. After a brief surging of ringing noises filling the town and a strange lighting emitting from the empty Candleglow Inn during the 5 people's exploration of Snowfield, Stu mysteriously and alsomost recklessly quickly walks towards the light from the local inn for unknown reasons (as if he becomes drawn to the Ancient Enemy itself without him knowing a thing about it), before being stopped by Hammond who later leads the group cautiously towards the Candleglow Inn while expressing concern about Stu's increasingly odd behavior. Stu finds the body of a young woman at one of the inn's rooms as he sits on the bed next to her by seeing her skirt just as Sheriff Bryce later came which Stu become embarrassed as Bryan stated on him and followed him to hall to say "You wanna see somethin'?" to Lisa and she immediately looks at him with disgust, not long before Deputy Shanning heard the stagnate sound of someone screaming for help and he captured by the Ancient Enemy.

During the Ancient Enemy's twisted ongoing attacks against the few survivors while in a form of a demonic moth with huge wings, it strikes at Stu and ate his face upon murder.

Stu reappear before Lisa in the local police station's women's restroom but as a Phantom with the Ancient Enemy's dark eyes, saying that Lisa is "so f**kin' cute". Lisa flee to Sheriff Bryce who checked the restroom only to see no one was there before the three surviving witnesses went back to the room where the late Stu's corpse inside a body bag is, only discover later that the body bag itself is empty.

During the final fight with the Ancient Enemy with the reluctant aid of famous British academic paleobiologist Dr. Timothy Flyte who theorized the primordial beast's existence and also " chosen" by to be its "apostle" and witness, the Page sisters take up arms as they grabbed rifles quickly before coming to face to face with one of the Ancient Enemy's Phantoms this time as the perverse Stu Wargle. 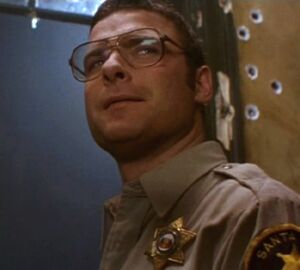 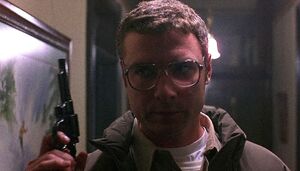 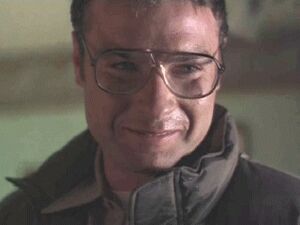 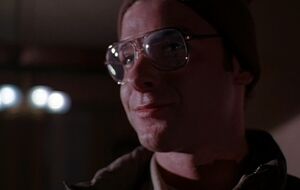 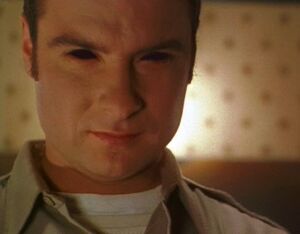 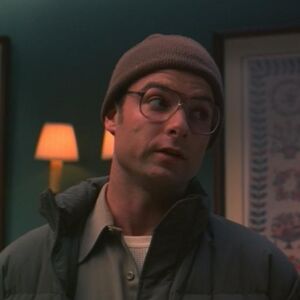 Add a photo to this gallery
Retrieved from "https://villains.fandom.com/wiki/Stu_Wargle?oldid=3709143"
Community content is available under CC-BY-SA unless otherwise noted.