Sturm stays behind the scenes for most of the first game, stirring up conflict between the nations of Cosmo Land so once they have been weakened he can swoop in and conquer it. In Advance Wars 2: Black Hole Rising, Sturm takes a more proactive role, spearheading Black Hole's conquest of the four Wars World nations and leading its COs.

In order to weaken and divide up the other four Wars World nations, Sturm creates a clone of Orange Star's Andy to carry out attacks on Blue Moon, Yellow Comet, and Green Earth, causing the nations to all declare war on each other so he can swoop in and conquer them afterward. However, his deceit is discovered by Yellow Comet's Head of Intelligence Sonja and the four nations team up to stop Sturm and the Black Hole army. Though his armies are defeated, Sturm survives and escapes, vowing to return and invade the four nations once again.

Sturm returns in Advance Wars 2: Black Hole Rising, now with four new COs under his command. He tasks each of his four COs with conquering a different country, those being Flak with Orange Star, Adder with Yellow Comet, Lash with Blue Moon, and Hawke with Green Earth, to gather the money and resources needed to fuel an invasion of the entire Wars World. After the four COs are defeated and pushed back, Sturm engages in a final battle with the combined forces of the four allied nations at the Black Hole headquarters. His forces crushed, Sturm prepares to detonate a bomb to take out both him and the other forces' COs as a final hurrah. However, rather than be blown up, Hawke turns against Sturm and kills him, bringing an end to Sturm's reign of terror. 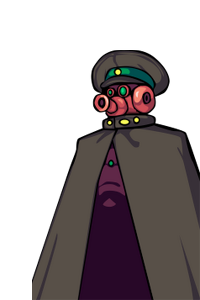 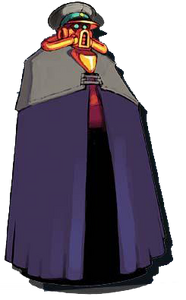 Sturm on the cover of Advance Wars 2: Black Hole Rising