Villains Wiki
Register
Don't have an account?
Sign In
Advertisement
in: Supernatural Villains, Families, Evil from the Past,
and 23 more

Claim the Book of the Damned.

Enrich themselves through calamities.

The Frankenstein Family, also known as the Styne Family, is a ancient family descended from Dr. Victor Frankenstein himself. They were magic practitioners for centuries. They are the secondary antagonists in season 10 of the CW TV series Supernatural.

According to Men of Letters' files, the family, when known as the Styne's, has been dated back to the early 1800s, where they inexplicably 'popped up out of nowhere'. They used spells for various but uncommon purposes (Most of their motives, reasons, and purposes of their actions were political and money). They used spells to create disease, to destabilize markets and they even helped the Nazis before they came into power and they profited from all of it.

Upon digging further into the Letters' files, the Winchesters discovered that the Styne's (when known as the Frankenstein's before the 1800s) also made a huge profit helping to clean up the Black Plague (most likely after causing it in the first place), started the Hundred Years War and even manipulated the Tudor monarchy into conquering Ireland. The family also possessed a spellbook, a book of "Unspeakable Evil" known as the Book of the Damned. All the spells they used, came from the book and interestingly, the spells that they used are mental-based magics. However, 100 years ago, it somehow lost, possibly during World War I.

In modern times, they even orchestrated the attacks of 9/11 and the events of the Arab Spring. In 2015, a group of mercenaries lead by Jacob Styne, a member of the family searching for the Book of the Damned and wanted to reclaim it back. All of them later defeated and killed in the final showdown by Sam, Dean, and Charlie. However, in the last breath, Jacob swear that his family will never stop looking for that book, indicating there are still many of the family members still active out of there. The family later sent Eldon Frankenstein  to track down Sam and Dean, and Eli Frankenstein to find Charlie.

Dean captured Eldon who revealed that the family's real name is Frankenstein. After Mary Shelly found out their secrets and wrote a book about it, they had to change their name to hide themselves. The family harvests organs which they transplant into themselves to make themselves stronger and they capitalize on disastrous events to make a profit, often helping to cause them to begin with. The Book of the Damned only helped them until they lost it. The family extends all over the world and their ultimate leader is unknown to the lower members. Their search for the Book led them to find and kill Charlie after she figured out how to translate the Book of the Damned, but refused to turn over what she discovered.

After Charlie's death, Dean decides to slaughter the family in revenge. After tracking them to Shervenport, Louisiana, Dean breaks into the Styne mansion but is captured and taken for dissecting. Dean breaks free and kills Munroe , Eli and a nurse, but not before Munroe warns him of Eldon's raid on the bunker. Dean then kills the rest of the family in what Castiel says is a brutal manner. Returning to the bunker and under the influence of the Mark of Cain , Dean kills Roscoe, Eldon and Cyrus despite the latter's hatred of his family. However, even though the American branch of the family has been wiped out, they are worldwide and there are still other members out there. 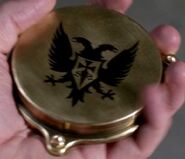 Styne in US branch 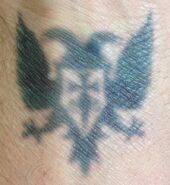