The Sub-humans, also known as Subhumans, are a primitive race of human-like barbarians and minor villains from Ralph Bakshi's 1983 animated film, Fire and Ice. This army consists of about 459 barbarians. They are Nekron's army.

The Sub-humans are also known to be aggressive and barbarous. They are completely steadfast and are able to kill, attack, or kidnap people, such as Larn, Teegra, and Darkwolf. They can also use dangerous weapons (such as spears, blades, knives, clubs, axes, daggers, maces, swords, bows, arrows, or anything else) for killing, spearing, shooting, impaling, and stabbing. Sometimes, they can be loyal to Captain Humanus and Sergeant Quartermaine and are able to cheer everywhere in Icepeak when Prince Taro arrives. 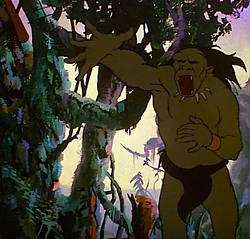 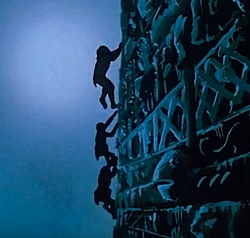 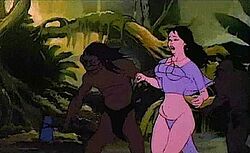 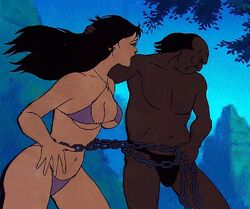 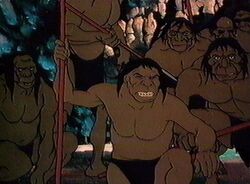 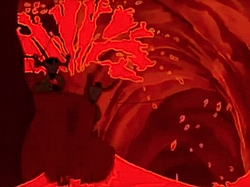 Retrieved from "https://villains.fandom.com/wiki/Sub-humans?oldid=1553456"
Community content is available under CC-BY-SA unless otherwise noted.