Succubus Eye was a Dark Guild under Tartaros' control.

The headquarters of Succubus Eye is located in a forest, surrounded by jagged, steep, pointy hills. The building seems to have been constructed long ago as it has full-grown trees above the building itself. It has a very medieval theme and its made out of bricks.

Not much is known about Succubus Eye or its strength. However, the guild counts Doriate, a Demon that seems to have come from the Books of Zeref, and Minerva Orlando, who was the strongest Mage of Sabertooth, the former strongest Mage Guild in Fiore, amongst its ranks. However, other than the two aforementioned, the rest of the Mages are not as powerful, as they were easily decimated by Kyouka, a member of the Nine Demon Gates, when they were unable to withstand the effects of her Reinforcement Curse and as such were turned into small black figurines. 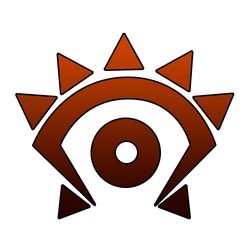 The iconic emblem of the Succubus Eye Guild. 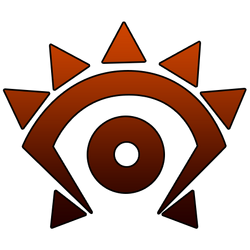 The iconic emblem of the Succubus Eye Guild.
Community content is available under CC-BY-SA unless otherwise noted.
Advertisement