He was voiced by Ryohei Shioguchi.

Sudaru Urukyu's helmet is a brown diving octopus helmet with pink tentacles coming out from it, he has a Gangler safe on his head, his black body has 11 white tantacles makeing the rib cage, his shouders are golden octopuses with hrons, his arms are black and pink tentacles warping his arms, the pink octopus tentacles making the pelvis, his feet are green deer feet and the brown and green legs have grey octopuses on it, hs weapon the Hashidako Harpoon is a harpoon with a spearhead shaped like a pink squid's head and the botton is a long pink tentacles.

Sudaru Urukyu made his first appearance when he was harassing a Japanese Women however he was stopped by one of the cadets who witness this event.

A while later he appeared outside the bistro restaurant where he saw the police entering it especially Sakuya who'd stopped him from harassing the women this morning. Which gives Sudaru an idea for payback which is framing him for disobeying the superior during lunch at Bistro and he does this while being invisible.

A while later he was at the location and while being invisible he'd sliced the police car in halves and he keeps attacking Patren1gou and Patren2gou while being invisible. However he was knocked out of his invisibility by the same cadet that he'd framed thus revealing himself behind the property damage. After that he fought the transformed cops, however when he was about go invisible again he was pelted by the paint balls colored red, yellow and blue which were been thrown by the lupinrangers and the two thieves holds Sudaru in place while Lupin Yellow access his safe (which his password is 3-7-1) and stole Filer comme le vent (which translate as "Ride like the Wind") Folding Fan after that he was taken out PatrenUgou.

However thanks to Goche Ru Medou he's been enlarged and battled the PatKaiser, after that he was then destroyed by this finisher called PatKaiser: Lift-Up Strike. 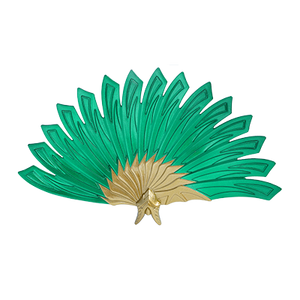