To rule the universe (failed).

The Sugar-Man is one of the enemies in the X-Men comics.

He was in charge of the Seattle Core, a slave camp that helped power North America during the Age of Apocalypse. This happened to be the same slave camp that held Illyana Rasputin, the sister of Colossus. As leader and teacher of the next wave of X-Men, Colossus was asked by Magneto to retrieve his sister so Magneto could have access to her reality-traveling powers, power that had become extremely rare in the Age of Apocalypse. Colossus and his students, the team called Generation Next, broke into the core to rescue the girl.

During the rescue attempt, Sugar-Man discovered two of Colossus's students and ordered their immediate execution. With their cover blown, the mutants fought desperately to survive. It appeared the Sugar-Man was destroyed by a psionic bio-blast from Chamber in the opening moments of the battle but that was not the case. Sugar-Man shrunk himself down and hid in Colossus's boot as the X-Man tried to get Illyana to safety.

Following the Sugar-Man's apparent death, a huge battle broke out in the Core. Colossus's students fought bravely but were apparently wiped out by the Sugar-Man's guards. Colossus was able to escape with his sister, not realizing the miniature passenger he carried along in his boot.

Not wanting to give away his position, the Sugar-Man remained in Colossus's boot until the final battle in Apocalypse's headquarters. Realizing things were going poorly, Sugar-Man dove into the M'Kraan Crystal and traveled back in time to the moment the Marvel Universe and the Age of Apocalypse split. He entered the Marvel Universe and made his way to the island nation of Genosha. While there, he took control of the island. He used his knowledge of the genetic-altering Infinite process to create the mutate slave population that thrust Genosha forward as an industrial giant.

The island nation of Genosha had been under reconstruction since the brutal attack of Sentinels controlled by Cassandra Nova. The Sentinels killed close to 14 million mutants in the attack. However, Sugar-Man survived deep beneath the surface of the island. Several Magistrates working with the Dark Beast to find a supply vault were slain while working in the catacombs under the island's surface. The Morlock known as Callisto persuaded Wicked, to use her spirit controlling ability to explore the catacombs underneath the island. This search resulted in the spirits being attacked and both Callisto and Wicked suffering the pain through empathic backlash. Callisto and Omega Sentinel teamed up and went into the tunnels together, leading to a violent underground battle with the Sugar-Man and the two headed monster Rastus. Callisto killed both men, although she lost her left arm in the battle. 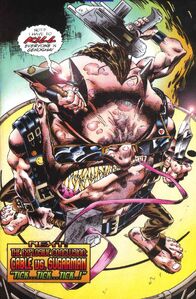 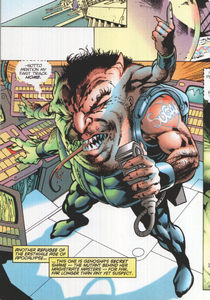 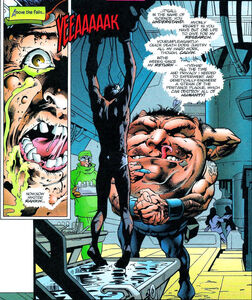 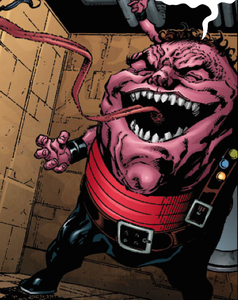 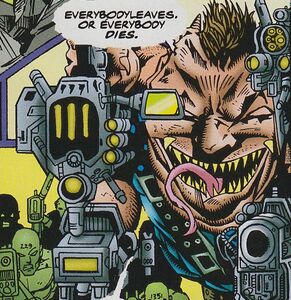 Sugar-Man and his goons about to attack 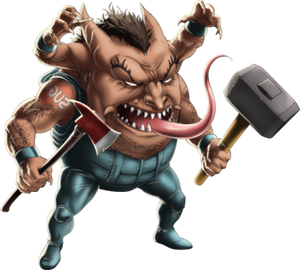 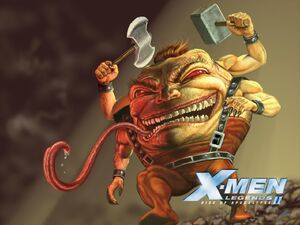 Sugar-Man in X-Men Legends 2: Rise of Apocalypse
Add a photo to this gallery

Retrieved from "https://villains.fandom.com/wiki/Sugarman_(Marvel)?oldid=3709454"
Community content is available under CC-BY-SA unless otherwise noted.