A Disciple of Zhan Tiri

Sugracha the Eternel, also known as Mrs. Sugarby in her human disguise, is the main antagonist of the episode "Painter's Block" in Tangled: The Series. She is an art teacher who is secretly one of Zhan Tiri's disciples.

She is voiced by Ellen Greene.

Mrs. Sugarby was once a pupil of Lord Demanitus before she, Tromus, and possibly Mother Gothel, betrayed him to serve their new master, Zhan Tiri, but after Zhan Tiri was defeated, she was imprisoned by Lord Demanitus within the chamber of the Demanitus Device along with her other minions. Mrs. Sugarby first appeared in "Painter's Block", after she was freed from her prison when the Demanitus Device was used to once again end her master's blizzard in "Queen for a Day." She utilized her freedom to find a way to free her master from her imprisonment, which came in the form of Corona's new art gallery. As there are many people who want their artwork to be placed in the gallery, she opens up an art class for those who want to improve while secretly gathering her candidates who would allow her to perform a spell that would free her master.

In order for the spell to work, she needs five people to paint the giant tree at Janus Point exactly on each canvas. If one is painted differently, the spell wouldn't work, so to make sure that doesn't happen, she puts her art students under a hypnotism spell.

Sugracha successfully hypnotized Feldspar, Ulf, Lance Strongbow, Friedborg, and Rapunzel to help her finish the paintings. When the spell was almost completed, Eugene and Cassandra arrived in time to stop her. With Eugene's encouragement, Rapunzel overcame the hypnotism and destroyed the canvas. As the portal to free Zhan Tiri was closing, Sugracha was kicked into the portal by Fidella, reimprisoning her with her master.

It is unknown what happened to Sugracha and Tromus after Zhan Tiri was freed.

As Mrs. Sugarby, she appears to be a kind old woman that would allow people to trust her. Once her true form as Sugracha is revealed, her personality is revealed to be a deceitful, manipulative, cruel, and sadistic witch who will stop at nothing to free her master by any means possible. Sugracha is shown to be fanatically loyal to Zhan Tiri, as she does everything in her power to try to free her master and is visibly distressed when her attempt fails. 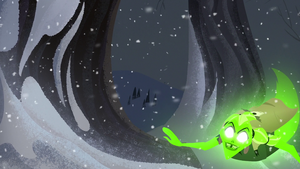 Sugracha after being released from her prison 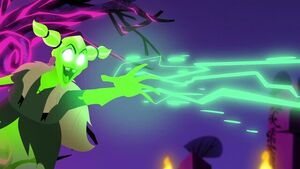 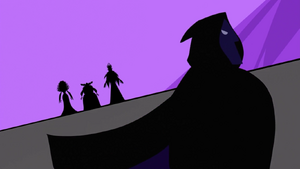 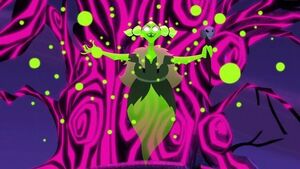 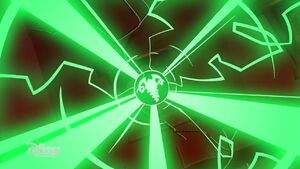 Her mark glowing, as she is being freed from her prison 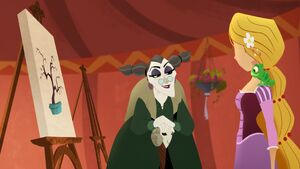 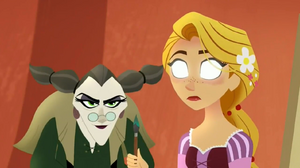 Placing Rapunzel under her spell 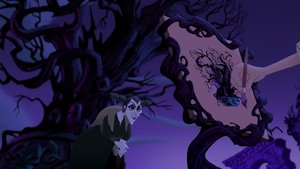 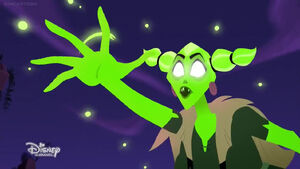 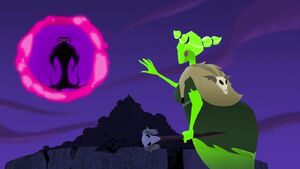 Sugracha calling out to her master 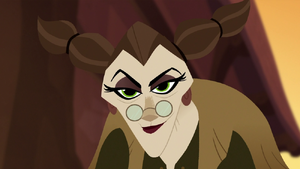 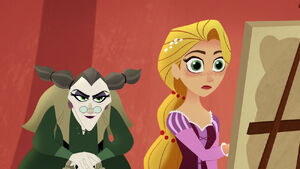 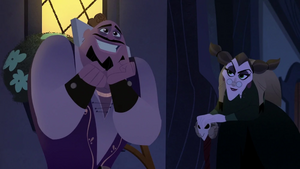 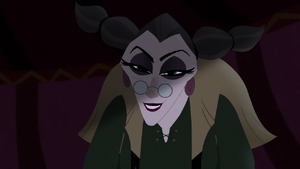 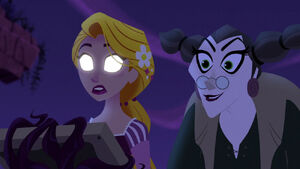 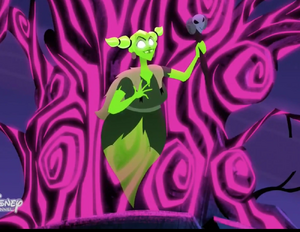 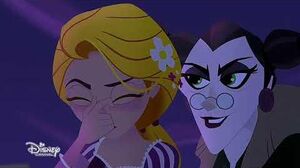 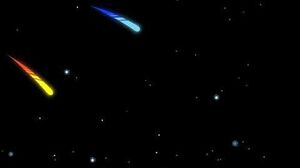 Retrieved from "https://villains.fandom.com/wiki/Sugracha_the_Eternal?oldid=4278876"
Community content is available under CC-BY-SA unless otherwise noted.