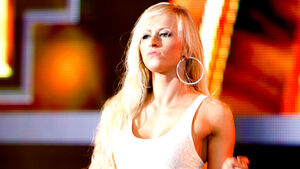 Summer Rae is a WWE Diva who is best known for serving as the main villainess on NXT. Summer Rae's stand out attributes are her blonde hair and her long legs.

Originally working as a ring announcer, Summer Rae attacked Paige from behind after she accidentally bumped into her. Summer has been portrayed as being jealous of Paige's popularity, referring to her as "ghastly to look at" Since attacking Paige, Summer has become the ultimate villainess on NXT and has taken her evil ways to WWE, where she served as Fandango's dance partner until she was dumped and replaced by Layla. She has antagonized Paige and Emma on numerous occasions, one of them being pouring bubble solution in Emma's eyes after losing to her. Summer has also manipulated fellow NXT Diva Sasha Banks into joining her in bullying the rest of the NXT Divas, especially the soft-spoken Bayley. Charlotte was later added to the group, who was known as the Beautiful Fierce Females.

Summer was once part of the cast of Total Divas, portraying an antagonist to the rest of the cast, mainly Natalya. She has mainly feuded with Natalya and Emma on the main shows. Summer's villainous role ended when she feuded with Layla, with the feud lasting until they both united together against Fandango. Both Summer Rae and Layla became villainesses again just months later during the former's feud with Natalya. Summer appeared to be turning face once again when she aligned with Damien Mizdow during his feud with The Miz. However, on the April 20, 2015 edition of Raw, the evil Summer Rae turned against Mizdow in his match against Miz for the brand name, allowing Miz to pick up the victory.

Summer Rae became the first Diva to co-star in a WWE Studios film, co-starring with The Miz in The Marine 4: Moving Target. Summer, credited under her ring name, appeared as the evil Rachel Dawes.

Later in the year, Summer Rae engaged in a feud with Lana, when she became Rusev's new girlfriend after Lana dumped him. The gimmick included Summer dressing like Lana and mocking her, and came to an end when Rusev and Lana's real life engagement was publicized. Summer later became the girlfriend of Tyler Breeze, but their relationship amicably ended on New Year's Eve 2015.

In her villainous role, Summer Rae has referred to herself as the "First Lady of NXT" and has even antagonized backstage interviewer Renee Young in several segments. 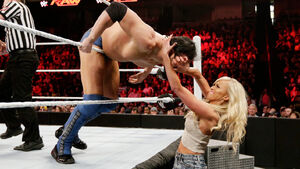 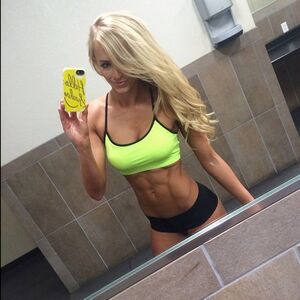 Add a photo to this gallery
Retrieved from "https://villains.fandom.com/wiki/Summer_Rae?oldid=3456694"
Community content is available under CC-BY-SA unless otherwise noted.