Sumomo Shiragyoku is the final boss of the fanmade Touhou Project game, Painting of Disaster. She is a tengu girl who only just acquired the power of turning things into paper drawings and to make drawings come alive. She began using this power to disrupt things in Gensokyo and making them "beautiful" while having fun. Then she retreated to Gensokyo's boundary forest so she could draw alone in peace.

Despite coming off as simple-minded, Sumomo is actually quite knowledgeable of how things are done in Gensokyo and highly critical of Reimu's way of dealing with youkai. For her, this is all part of what makes Gensokyo "fun" and that's why she decided to have a little of her own fun while helping a friend draw an amusement park in the Road of Liminalty. She does not seem to get along with Aya, Momiji and the tengu of the mountains as much as he does with him, though. 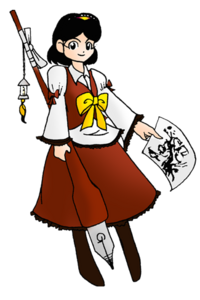 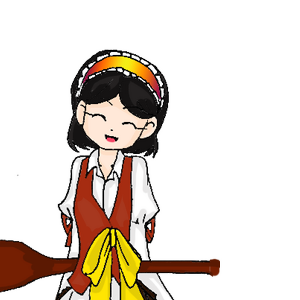 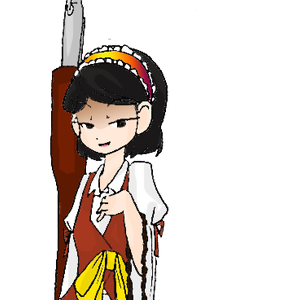 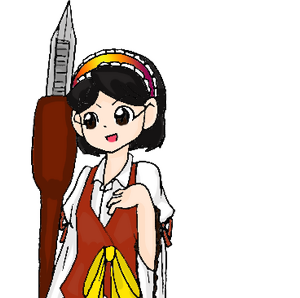 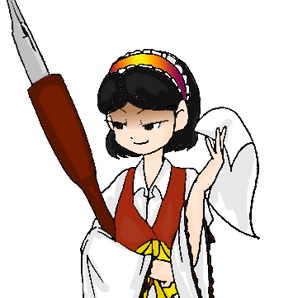 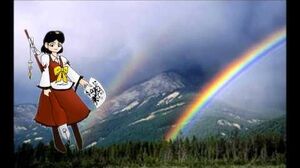 Shiragyoku Sumomo's theme
Add a photo to this gallery
Retrieved from "https://villains.fandom.com/wiki/Sumomo_Shiragyoku?oldid=3781216"
Community content is available under CC-BY-SA unless otherwise noted.