Sunchips is the final antagonist of the famous internet video game Dad 'n Me.

Sunchips appears to be a topless muscled gangster with a cap and a gangster scarf on his head, while he wears a golden chain and orange-yellow pants and gray shoes. His face appears to be very angry while his eyes are totally white.

As Dad's son killed all of his victims, at the end he finds Sunchips break dancing and re-loading his pistol with two weak guys named Beef and Brandon. Dad's son easily kills the two weak ones, as he would of the battle against Sunchips for a long time. While fighting against Sunchips, he uses his pistol and different types of fighting skills to defeat Dad's son. 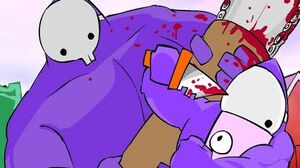 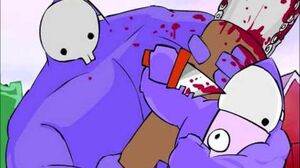