Overthrow and destroy the Republic.

The B2 Super Battle Droids were a specialized infantry for the Confederacy of Independent Systems that appeared in Episodes II and III of the Star Wars films, as well as in numerous ancillary works and surrounding media. They were enhanced versions of the B1 battle droids, and were designed to be sturdier, stronger and more deadly than their spindly counterparts. They were used primarily by the Confederacy of Independent Systems.

The Super Battle Droid was originally produced on Geonosis by the Baktoid Armor Workshop near the dawn of the Clone Wars, though the genesis of their design lay in the Trade Federation's humiliating defeat in the Battle of Naboo many years prior, in which an entire army of B1 battle droids were disabled by a child (who would, ironically, become an evildoer himself when he was seduced to the dark side and became Darth Vader).

These units were used for the first time on Geonosis where they were being designed and manufactured by the Geonosian and the Techno Union. They went on to fight in dozens of engagements throughout the Clone Wars, with much more efficient results than B1 units.

Thick armor protected its control unit at its torso, and its arms were also stronger than that of its predecessor. These droids could function independently of central computers, a flaw exploited during prior conflicts involving battle droids.

At the conclusion of the Clone Wars, the Separatist Council that had overseen the construction and command of the Super Battle Droids by the billions were murdered by the newly minted Sith known as Darth Vader. A shutdown order was initiated by Vader following the massacre, leading to every Super Battle Droid being disabled. Some were later reactivated during events related to surviving Separatist leaders founding holdouts against the new Empire, but these units were eventually destroyed completely. 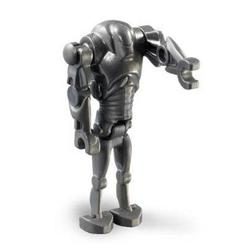 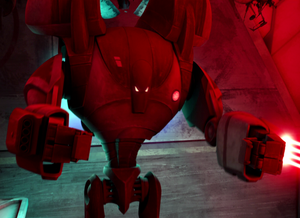 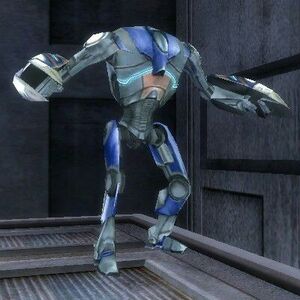 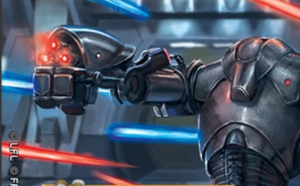 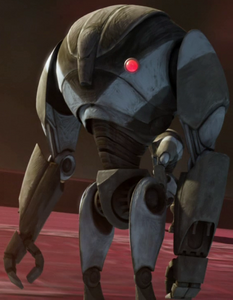 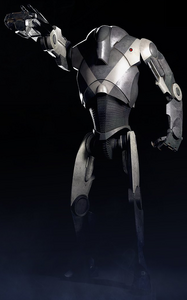 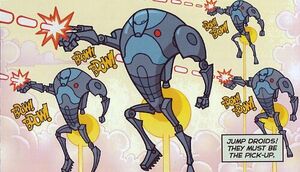 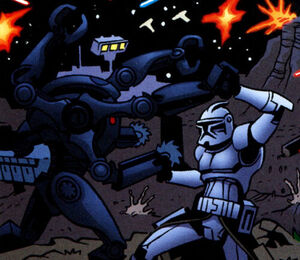 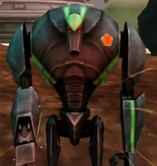 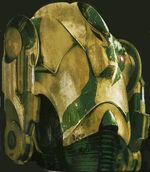 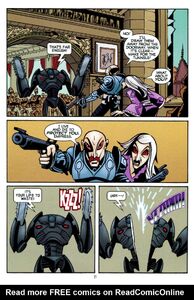 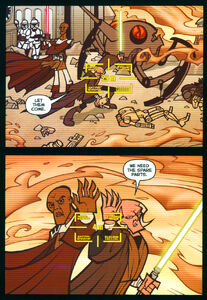 The Sensors of a super battle droid 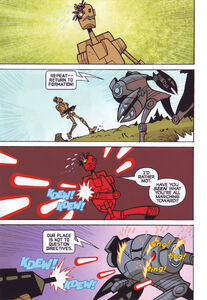 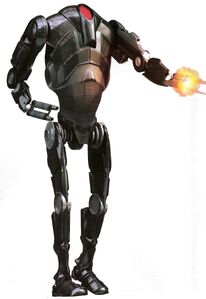 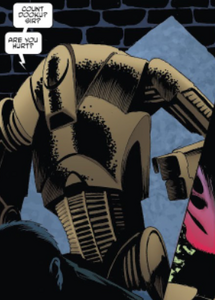