Superboy-Prime, real name Kal-El, was one of the many variations of Superman in the DC universe but became unhinged following the destruction of his world and became one of the main antagonists of the Crisis on Infinite Earths storyline. He had even more power than current Superman and was comparable to the Silver Age Superman in scale of power, making him easily one of the most powerful supervillains in DC Comics. He makes his debut in DC Comics Presents #87.

The Crisis on Infinite Earths, a multiversal catastrophe in the form of a wave of anti-matter, consumed parallel dimensions by the Anti-Monitor. Superboy aided hundreds of worlds during the crisis but was ultimately unable to prevent the destruction of the Earth from his own dimension. Superboy later took part in the battle against the Anti-Matter in the Antimatter Universe. After the defeat of the Anti-Matter, Superboy and the others escaped to a Paradise Dimension offered to them by Alexander Luthor, Jr.

Superboy-Prime, infuriated, shattered the barrier of reality. This assault resulted in shifts in DC continuity, including; the resurrection of Jason Todd; the combining of Superman's origins; the Doom Patrol's rebooting as new characters; Donna Troy's multiple origins; the various incarnations of Hawkman; the different incarnations of the League of Super-Heroes.

Superboy-Prime joins Alexander in his quest to bring with his Anti-Matter powers using it to break free. He was spotted by Blue Beetle, but Prime ignored him. In quick succession, Superboy-Prime obtained the Heart of Darkness diamond to be obtained by Jean Loring, altered the location of Thanagar, initiating the Rann-Thanagar War and attacking and capturing J'onn J'onzz, destroying the Watchtower.

Originally destined to be the greatest superhero and the world's chosen champion in the fight against evil, Superboy-Prime left scarred by the traumatic events he witnessed has become a brutal killing machine. Years of isolation in the paradise dimension while endlessly viewing the events of a life he could no longer have put severe stress on his already fragile mind. During Infinite Crisis when the turning point came and he accidentally killed several heroes his mind finally snapped and he retreated into denial of the horrific nature of his actions.

After being further imprisoned by the Flashes and spending three more relative years imprisoned again, Prime has buried any remorse or compassion under an insane belief that since he is a Superman, everything that he does is right and views any other reality apart from his own as an imperfect duplicate of his world. All of this has left Prime in a psychotic state of mind unable to distinguish the morality of his own actions and the ability to commit even the most heinous of deeds with no guilt at all. Hellbent on nothing but killing numerous superheroes while also leaving an endless wave of utter destruction in his wake and as such, is one of the most dangerous villains in the universe.

Superboy-Prime has had a collection of powers over time, being one of the many alternate Supermen of DC comics he possesses standard Kryptonian powers but was able to amplify them via power-armor and other devices: over the course of the Crisis Superboy-Prime became more and more powerful, at the peak of his power he had absolute control over time to the point he could create pocket universes.

Also, due to Superboy-Prime being from another universe, he was immune to most of Superman's weaknesses, such as magic and kryptonite - his power-suit was also designed to constantly feed him yellow sun radiation and keep him at peak power even when exposed to red sun radiation. 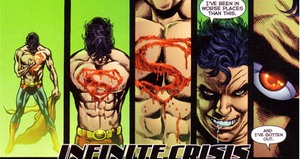 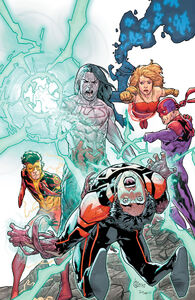 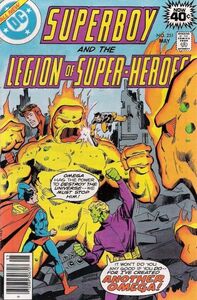 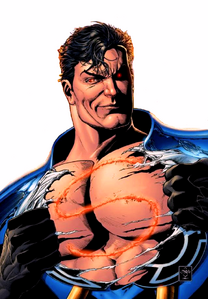 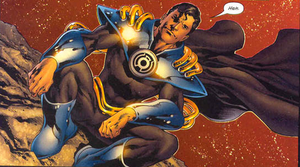 Superboy-Prime on the moon 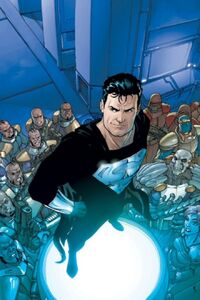 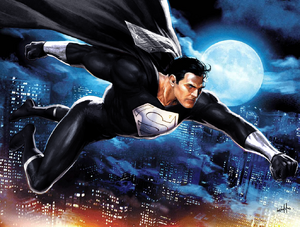 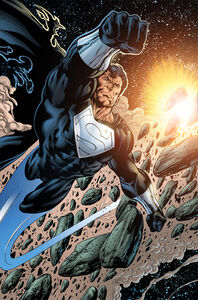 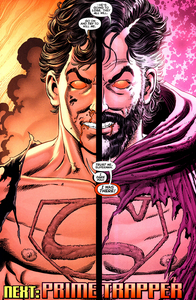 Retrieved from "https://villains.fandom.com/wiki/Superboy-Prime?oldid=3495269"
Community content is available under CC-BY-SA unless otherwise noted.