Superior Man is a major antagonist in Superman: Red Son. He is a version of Bizarro made as a American counterpart of Soviet Superman.

In the movie adaption, he was voiced by Travis Willingham, who also voiced Superman in the LEGO games.

Superior Man is a clone version of Superman who is proud to be American, speaking patriotically about his country. He is also violent and head-strong, willing to do whatever it takes serve the US government, including killing Superman. He also hates communism. When Superman tried to reason with him, he proclaimed he would "never surrender to a commie dictator". Upon receiving more power from Luthor's machine, Superior Man became more brutish and primal, similar to Bizarro.

Superior Man was created by Lex Luthor through DNA found in Superman's crashed satellite and remotely powered with an orb of energy before sending it out to confront Superman. The two superhumans battle until Luthor overloads the clone with excess energy, causing it to deform and degenerate as the fight progresses until it finally collapses and dissolves into liquid. This left Superman appalled and sickened by Luthor's actions.

Though he also gets powers from a yellow sun, his strength is remotely given to him but increasing it will cause him to deform and his intellect to decrease to the point he can't speak full sentences. 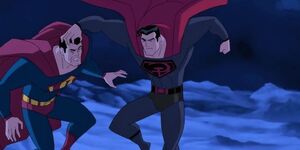 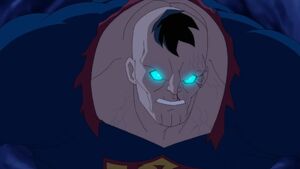 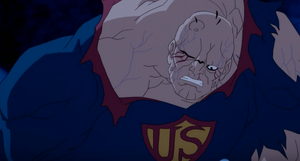 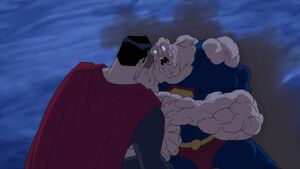