Make a profit by selling as many Big Boss Bars as possible (failed).

Supreme Dog is the main antagonist of the Arthur episode "To Eat or Not to Eat". He runs a company named Rabid Dog which produces the Big Boss Bar, an addictive candy bar that a slew of characters have been purchasing.

He was voiced by Dwayne Hill.

The Big Boss bars are advertised across Elwood City and become particularly popular among the students of Lakewood Elementary. Several are bought by Binky Barnes, who resells them to his fellow students in the manner of a drug dealer. Buster investigates the cause of the peculiar effects the bars have on the others. The disturbing number of chemicals lead to symptoms such as hyperactivity, "sparkles" emitting from the mouth, and a withdrawal-like phase when those who consume the bars cease to feel its effects.

With his mother Bitzi, Buster arranges an interview with Supreme Dog who attempts to reassure them that the Big Boss bars aren't addictive despite describing the chemicals' addiction-causing effects. Buster tries to get Supreme Dog to eat a Big Boss bar to prove his claim that it is non-addictive. Supreme Dog vocally refuses and flees after Buster pushes him. Bitzi composes an article exposing Supreme Dog's act, which leads to his imprisonment and the shutdown of his company.

The logo of his company, Rabid Dog 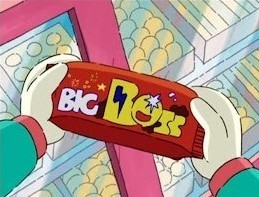 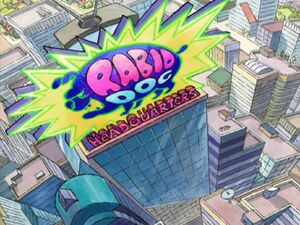 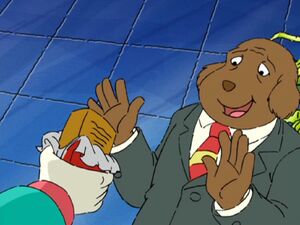 Supreme Dog refuses when Buster demands him to eat a Big Boss Bar himself. 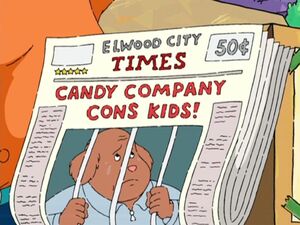 A news article about Supreme Dog's arrest in the Elwood City Times.