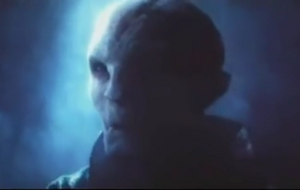 Snoke speaking with Hux and Ren.

Kylo Ren and the Supreme Leader discuss the recent turn of events.

Snoke before Hux and Ren.

"Leave the Base at once and come to me with Kylo Ren". 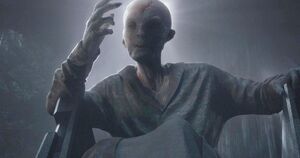 Snoke via hologram scolding General Hux for his failure over D'Qar.

Snoke berating his apprentice for his defeat. 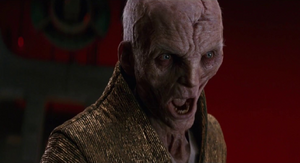 Snoke angered at his apprentice.

Snoke sitting on his throne in his private room.

Snoke praises Kylo Ren for bringing Rey before him.

Snoke joyed to have Rey captured and brought before his eyes.

Snoke pleased as he toys with Rey.

Snoke being stabbed by Rey's lightsaber.

Snoke with Rey in the throne room. 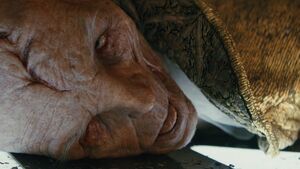 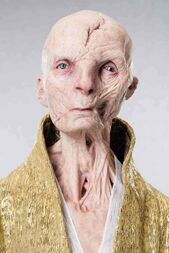 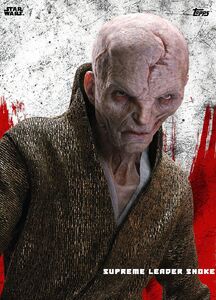 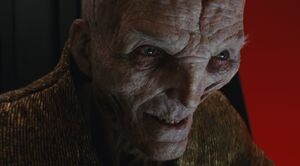 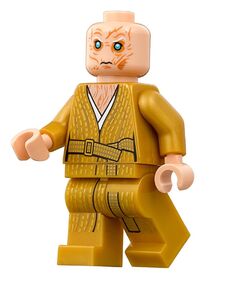 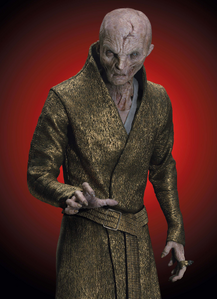 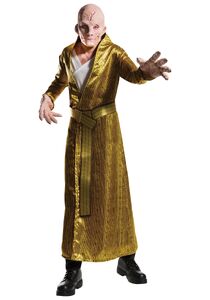 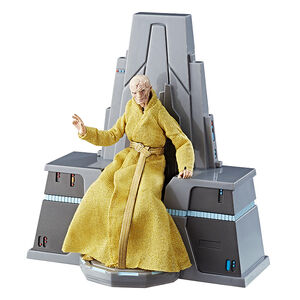 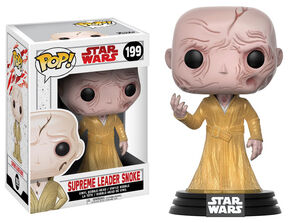 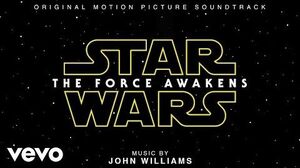 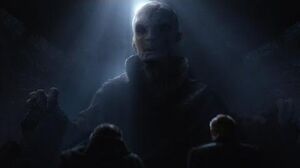 All of Supreme Leader Snoke Scenes in The Force Awakens 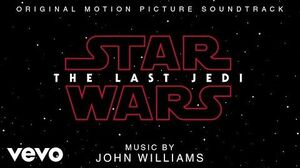 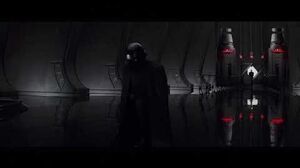 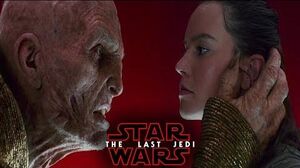 Star Wars The Last Jedi - Rey Meets Snoke
Add a photo to this gallery
Retrieved from "https://villains.fandom.com/wiki/Supreme_Leader_Snoke/Gallery?oldid=3510832"
Community content is available under CC-BY-SA unless otherwise noted.