Surtr is a major antagonist in Fate/Grand Order: Cosmos in the Lostbelt, serving as the main antagonist in its second chapter, Götterdämmerung: The Eternal Ice-Flame Century, which took place in Norse Mythology. He possessed the body of Sigurd, the Saber-Class Servant of Ophelia Phamrsolone, the Norse Lostbelt's Crypter. He is based on Surtr the Fire Giant from Norse Mythology.

He is voiced by Kenjiro Tsuda, who also voiced Sigurd in the same game. Outside Fate/Grand Order, Kenjiro is known for voicing Seto Kaiba from Yu-Gi-Oh! franchise.

In the timeline of the Norse Lostbelt, Sutr devoured the wolf Fenrir as an attempt against the intended events of Ragnarok, gaining immense ice power that thwarted all the gods. Instead of bringing the Twilight of the Gods as he was suppossed to, he chose to bring about the Twilight of the World. He killed many gods and the leading giants, until he was sealed inside a false Sun by Odin, who also died in the process.

However, the essence of Surtur has been secretly lurking inside the body of Sigurd, the servant of Ophelia, whom he developed a secret romantic relationship with, and he was reminded by her of his destructive capabilities and wants to burn the whole world in an effort to woo her. Though like with Napoleon, Ophelia doesn't reciprocate those feelings.

During the final battle against Chaldea, Napoleon managed to wound him with his Noble Phantasm, while sacrificing himself. Napoleon's sacrifice eventually made Ophelia regained her sanity and was rescued by the Protagonist and Mash.

After overcoming her fear towards Surtr, Ophelia was moved by Napoleon's sacrifice and agreed to help Mash and the Protagonist to defeat him. She risked herself by using her hidden Mystic Eye, severing the tie between her and Surtur in progress. Ophelia's actions weakened Surtr enough for the Protagonist and his allies to land attack upon him, destroying him once and for all, but at the costs of Sigurd and Brynhildr's lives. Before his death, Surtr showed his regret over not being able to understand humanity before disingtagrating. 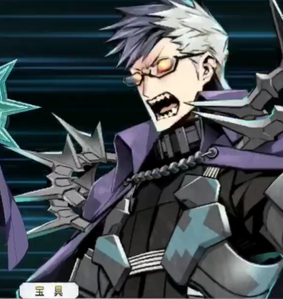 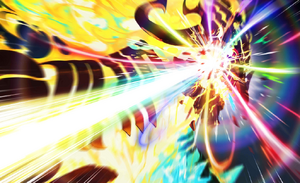 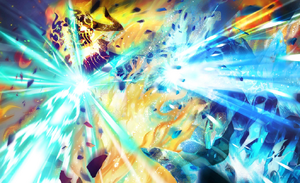 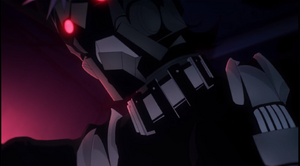 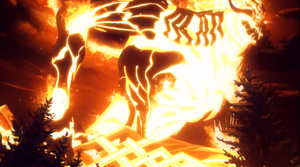 Surtr's true form
Add a photo to this gallery

Retrieved from "https://villains.fandom.com/wiki/Surtr_(Fate/Grand_Order)?oldid=4014468"
Community content is available under CC-BY-SA unless otherwise noted.