Ruler of Flame
The Big Man

Set the world ablaze.
Sacrifice Veronica and Ylgr to the Rite of Flames (all failed).

Surtr is the main antagonist of the second book of Fire Emblem Heroes. He is the king of Múspell, the kingdom of flame, and holds the blood of the Flame Dragon. His personal skill, Múspellflame, makes him immune to all damage.

He is voiced by Tesshō Genda in the Japanese version and by Kirk Thornton (who also voiced Iago in Fire Emblem Fates, Saïx in the Kingdom Hearts series and Shadow the Hedgehog from Sonic the Hedgehog.) in the English version.

Surtr is the king of Múspell, a kingdom engulfed in fire, which rivals the kingdom of Nifl, a kingdom bathed in ice and snow. Prior to the events of Book ll, Surtr and his army invaded Nifl and killed its queen, leading Fjorm, one of the three princesses of Nifl, to seek revenge against him.

Surtr's army consists of thousands of soldiers, including heroes from other worlds, as well as Laevatein and Laegjarn, his daughters, and his tactician, Loki. He also creates an alliance with Veronica, the ruler of the Embla Empire. Despite this, Surtr doesn't seem to trust or care for any of them, a fact that becomes more notable as the story progresses.

Prior to the beginning of Book ll, Fjorm and Surtr engage in battle, but Fjorm is quickly overwhelmed due to Surtr's monstrous power and his invincibility granted to him by Múspellflame. After being rescued by the Order of Heroes, she explains the situation to them, telling them that Múspell destroyed her homeland and that Surtr killed her mother right before her eyes.

Fjorm, now joined with the Order of Heroes, manages to later confront Surtr Upon seeing them, Surtr immediately declares himself as their king. When asked by Alfonse what gives him the right to commit the atrocities that he has, Surtr responds by calling Alfonse "tepid" and "dull", stating that a true ruler seizes power for himself and that there can only be one kingdom. With no other peaceful options at their disposal, the Order of Heroes engage Surtr, Loki, and Laevatein in battle.

While they are successful in defeating Loki and Laevatein, they are unable to even scratch Surtr. As the Order flees, Surtr gloats about his success in destroying Nifl and another kingdom, which he claims took 6 months and 3 months to destroy respectively.

Later on, Surtr's newly forged alliance with Veronica begins to fall apart, due to Veronica and Surtr's ambitions greatly differing. As Veronica leaves, stating that she only pledged to offer Surtr her heroes, Surtr vows to destroy Embla and Veronica after he destroys Askr, taking pleasure in the thought of watching Veronica suffer as she burns.

Shortly after, Surtr ambushes the Order of Heroes as they attempt to journey into Nifl. He is seemingly willing to allow them to pass, but warns them that if they do, they would abandon a village of innocent Askran citizens, which Surtr threatens to burn to the ground. Afterwards, Surtr explains in disturbing detail how being burned alive is "one of the most painful ways to die".

Despite his threats, the Order of Heroes are able to deceive Surtr by signaling the townsfolk to escape before he can attack, allowing the Order to proceed into Nifl simultaneously. Seemingly undeterred, Surtr sends Laevatein to track them down.

Sometime later, Surtr arrives in Nifl, where he ambushes and viciously attacks Gunnthrá in the sanctuary at Snjarhof before the Order of Heroes arrives. He then shows Fjorm Gunnthrá's burnt body, since Gunnthrá refuses to tell him what she is planning. Surtr then proceeds to burn her to death. After Gunnthrá dies, he is surprised that Kiran, the Summoner of the Order of Heroes, is the one Gunnthrá trusted when she gave her remaining powers to the Breidablik. Before leaving, Surtr decides that Kiran will be his next victim.

Later, Surtr orders Veronica to come with him Múspell, and threatens to attack her if she refuses. When Xander confronts him, Surtr fights him and Veronica. He defeats them and breaks Xander's arm. After Veronica gives in and agrees to go to Múspell, Surtr spares Xander's life and plans to sacrifices her to the Rite of Flames.

When the Order of Heroes finally confronts him at his castle, Surtr mocks them, only to be weakened by the Breidablik, which now has the ability to neutralize his Muspellflame. Despite finally defeating him, he comes back to life almost immediately after without any injuries, taunting them that there is no hope for them to kill him. As he prepares for his finishing blow, the Order is forced to retreat. According to Laegjarn, this only happened because Surtr had completed the Rite of Flames and would have died if he had not done so.

Surtr later appears in Xenologue 4 as a minion of Hel and in Book IV as a illusion.

Surtr is an unrelenting and despicable man who is motivated solely by his bloodlust and thirst for destruction. He is insane and relishes in the destruction he leaves behind. Surtr seems to take pleasure in seeing his victims suffer, especially Fjorm, as he has no second thoughts in killing her mother and elder sister in front of her eyes.

Despite being a king, he values nobody in his kingdom, stating that a true ruler "puts his people to the flame". He also appears to be incredibly untrusting towards any of his subordinates. However, in the pursuit of ultimate conquest, he's willing to put up with whoever he needs to work with until their use comes to an end.

In addition, Surtr does not tolerate failure and has been known to severely punish his own subordinates for this, even killing their friends and family. For example, when Helbindi repeatedly failed to stop the Order of Heroes, Surtr burned the slums where he lived and killed everyone there, including Helbindi's sister. This even extends to his own children, which is seen when he attacks Laevatein for failing to defeat the Order of Heroes and decides that she would be more useful as a sacrifice to the Rite of Flames. 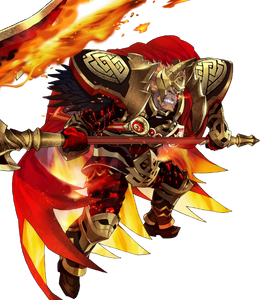 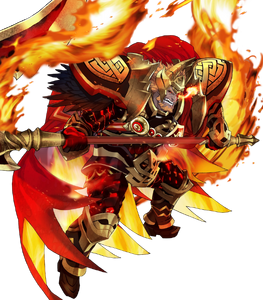 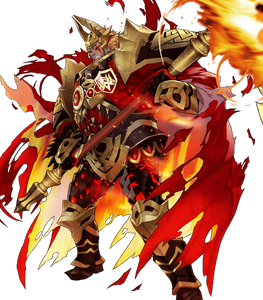 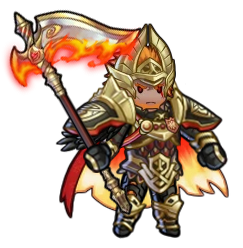 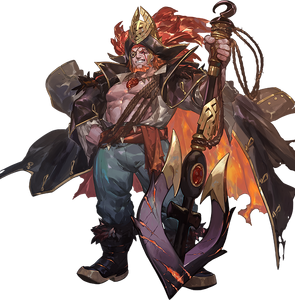 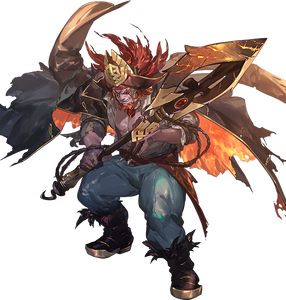 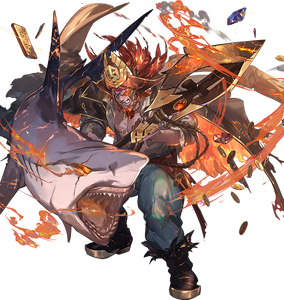 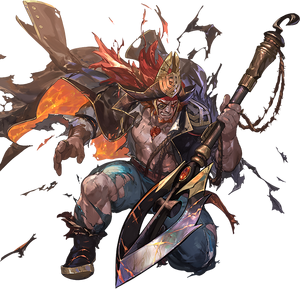 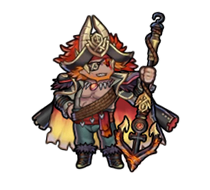 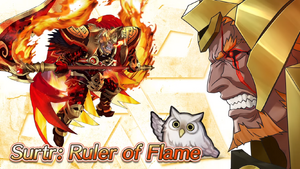 Surtr as shown during the Fire Emblem Heroes Channel broadcast. 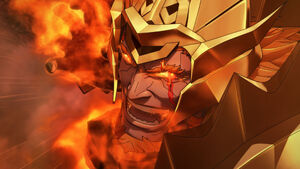 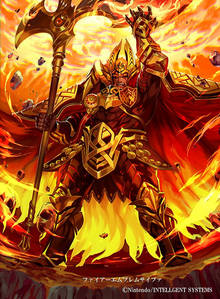