Miss Susan Irvine is the secondary antagonist turned heroine of the 1990 dark fantasy film adaptation of the 1983 children's book The Witches by Roald Dahl.

She was portrayed by Jane Horrocks.

Susan Irvine, commonly called Miss Irvine, is a witch and the secretary and right-hand woman of the Grand High Witch, the evilest woman in creation, who is masquerading as Evangeline or Eva Ernst.

Miss Irvine accompanies her employer to the hotel for the witch convention and is always at her side to implement her orders.

Miss Irvine is present during the meeting of the witches and helps the Grand High Witch removing her mask, while she removes her wig, revealing her horrific appearance. Susan also shows her real form with a bald head, purple eyes and claw-like fingers.

Near the end, Miss Irvine is forbidden from attending to a witch banquet by Eva who told her that she is here to work and not to have fun. The mistreatment angers Susan, who turns on her employer and quits her job as secretary. In the hotel room she makes herself a little banquet and says to herself that she never wanted to be one of the witches. She later goes down to the restaurant just to see the turmoil made by the witches turned into mice, and the employees trying to kill them, looking and shocked.

After the Grand High Witch is defeated and killed, Miss Irvine seems to be pleased to see what happened to other witches. The day when Luke and his grandma should leave the hotel, Luke gives Susan his home address in the United Kingdom. Susan smiles as they leave and decides to turn away from her wicked ways and become a good witch. She travels to Luke's house and reverses his state of being a mouse, returning him to his normal human form as well as giving him his glasses and mice back. As she's leaving, she reveals to them that she now has real hair and no longer needs gloves as she has normal hands instead of claws. She then leaves to repeat the same process on Bruno.

Like her boss, Miss Irvine seemed to formerly despise children and wished to cause them harm. Unlike other witches however, Susan seems to be disgusted with their behavior when they turn Luke into a mouse and when she was rejected by Grand High Witch in attending the banquet, she told herself that she never wanted to be one of them. Also, after turning over to the side of good she displays a much happier and lighter personality, giggling as she casts her spells, she's also positive, as she turned Luke back normal as a way to apologize for helping Grand High Witch to turn him into a mouse. 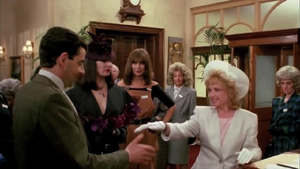 Susan Irvine being greeted by Mr Stringer in the hotel reception 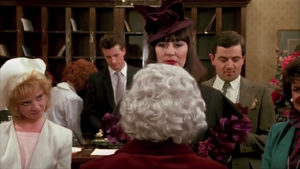 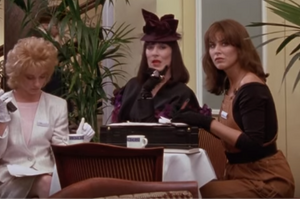 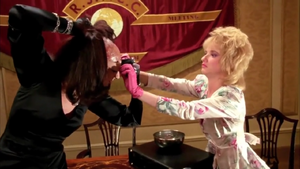 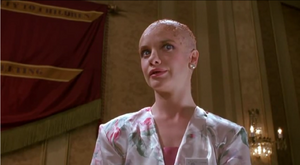 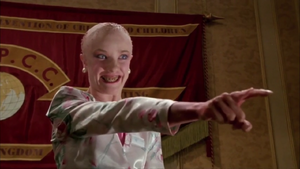 Susan Irvine in her true form 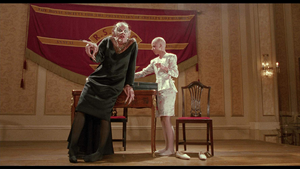 Susan Irvine and the Grand High Witch in their true forms 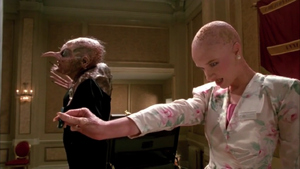 Susan Irvine holding the Formula 86 in her hand. 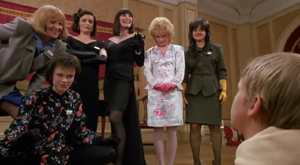 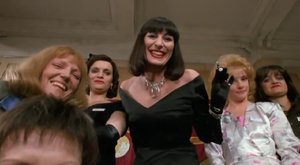 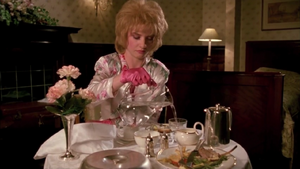 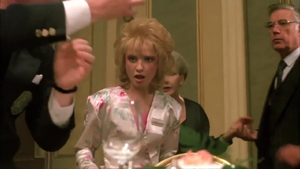 Susan Irvine shocked to see the turmoil in the restaurant 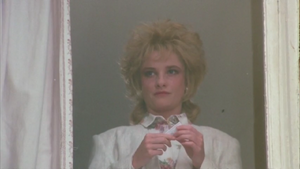 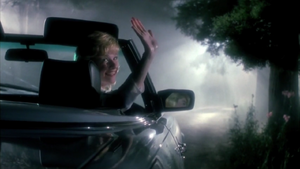 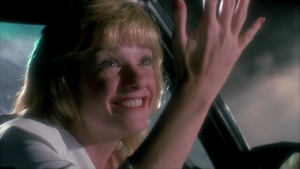 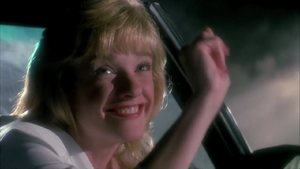