Villains Wiki
Register
Don't have an account?
Sign In
Advertisement
in: Mature, Dead by Daylight Villains, Serial Killers,
and 10 more

Servant of The Entity

Committing acts of thievery and vandalism

Sacrifice survivors to the Entity

Murderous Minion
Susie Lavoie is one of the playable killers and a playable antagonist in Dead by Daylight. She is a member of The Legion.

Susie wears a teal hoodie, a plaid skirt with black leggings, green sneakers, a black choker with a silver buckle, and her mask has what appears to be stitching and some sort of metal studs on it with her long pink hair poking out from under her hood and mask. Susie's weapon is a wooden ruler sharpened into a stake with duct tape tied around it.

Susie was a native to Ormond along with her best friends Julie Kostenko and Joey, Susie is described as being very shy and quiet but still got along with her friends well enough. Soon, Julie introduced Susie and Joey to Frank Morrison, a foster kid who had moved to Ormond with his alcoholic foster father. The four spend all of their time together with Frank, leading them in committing multiple small crimes such as theft and vandalism. However, one night would change their lives forever when Frank dared Joey to vandalize the store that had recently fired him. The four snuck in easily enough but as they began their vandalism, they failed to notice that a cleaner was working late as the cleaner snuck behind Julie and grabbed her as Frank stabbed him without hesitation, as did Julie and Joey, and with help from Julie, so did Susie. After this, loaded the cleaner's dead body into Joey's car and drove it up Mount Ormond and buried it, when the group was lured into the woods and surrounded by a a dark fog. Susie, along with Frank and the others, then became killers in The Entity's realm after vanishing with the fog. 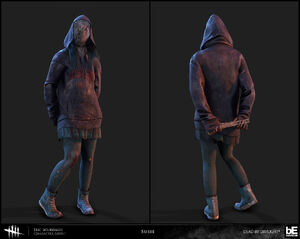 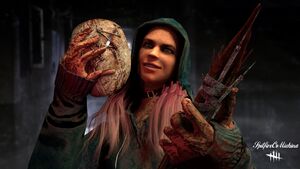 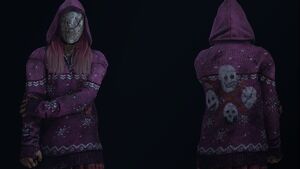 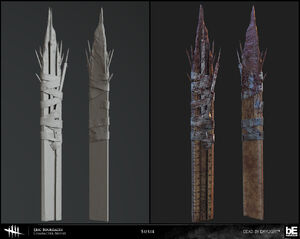 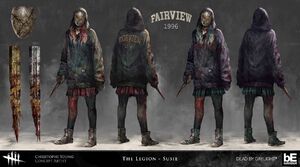