To get credit for discovering Atlantis

Criminal
Susie Smythe is the main antagonist of "It's All Greek to Scooby", the second season finale of What's New, Scooby Doo?. She is the assistant to Lysander Demas, who was searching for the lost city of Atlantis. She dressed up like the Centaur because she wanted Atlantis to be her discovery.

However, Smythe had plans to find Atlantis herself and become famous, and part of her plan included disguising herself as a half-human, half-horse creature known as a centaur. After shocking Demas in the costume, the evil Smythe attempted to take an amulet from Demas, only for the object to end up in Shaggy's possession after they fought for it. Because of this, Smythe donned the centaur disguise and chased the entire gang throughout Greece.

The amulet provided Demas and the gang to the exact location of the entrance to Atlantis, which was on an island. Once they arrived, they were confronted by the centaur, which prompted the group to disguise themselves as mythical creatures to distract the creature. Their plan was successful, and Smythe was unmasked by Velma.

Smythe revealed her plan to discover Atlantis and gain an immense amount of glory, right before she was turned over to Greek authorities. 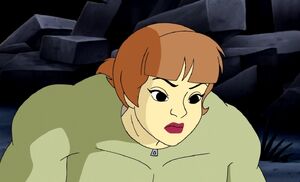 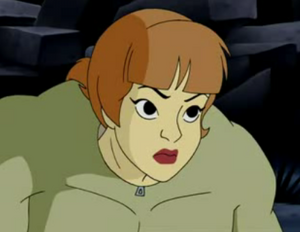 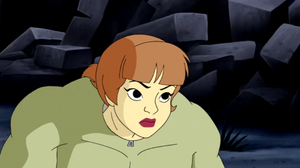