Being punished and suffering tortures.

Dimwitted Sadomasochist
Suzuka is an antagonist in Akame Ga Kill!. She was a member of the Four Kouken Temple Rakshasa Demons, who served as the Prime Minister's squad of executioners and later became a member of Wild Hunt.

She was voiced by Eriko Matsui in the Japanese version, and by Carli Mosier in the English version.

Suzuka is a masochist, as she was shown allowing herself to be struck by the blades of a group of spies she'd located simply to experience some pleasure, and rated them poorly. Even when she was sent to the torture chamber she was happy with being whipped all over her body. She goes so far as to fantasize about being tortured by Esdeath. After escaping a live burial, she expresses interest in Tatsumi's ways and finds him interesting. Following his capture, she tries to violate him, but was stopped by Esdeath.

Almost nothing is known about Suzuka background. However, it is known that she was trained in Kouken Temple to be one of the Four Kouken Temple Rakshasa demons, who served as the Prime Minister's squad of executioners. She fought Teigu users with her comrades and managed to kill the user and take the Teigu back.

She and her fellow demons were tasked with protecting Bolic from Night Raid. However, her comrades were killed by Night Raid members which left her as the only surviving demon. After recognizing Mine and Tatsumi to be suspicious she, Seryu Ubiquitous and Coro left to investigate. Suzuka were asked to report to Esdeath, but was intercepted by Tatsumi.

After Tatsumi engages in battle with her, he ends up defeating her by collapsing the entire building that they were in. However, she is shown to be alive thanks to the Rakshasa Demons' body-manipulating skills. After her defeat by Tatsumi, she was ordered tortured by the Prime Minister, which she simply enjoyed. Afterward she assisted Wild Hunt by showing them a photo of Tatsumi's face, which was previously unknown to the Empire. This then lead to the trap of Tatsumi and Lubbock and the revealing of the incursio wielder to Esdeath and Budo.

After both member of Night Raid were captured Suzuka and Dorothea tried to violate Tatsumi. However, Esdeath interfered and slammed Suzuka face to the wall and warned Dorothea to tell the other member of Wild Hunt to not lay a finger on Tatsumi again.

She is then buried alive by an rubble caused by Tatsumi's attack but survives and leaves the Capital with Esdeath's arm. 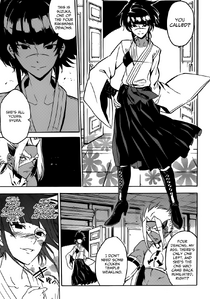 Suzuka with Syrua in the manga. 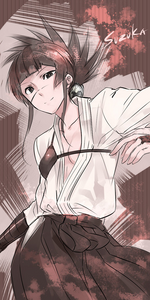 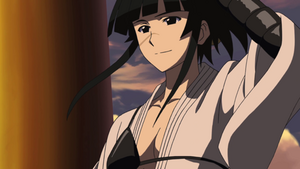 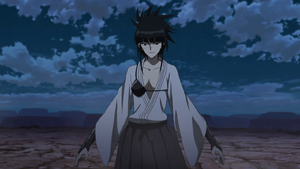 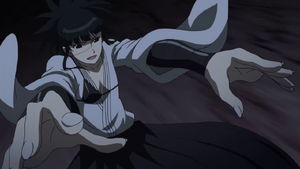 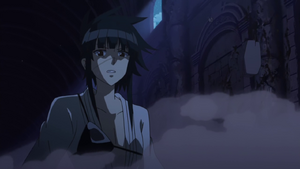 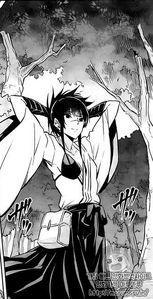 Suzuka escaping the capital and heading to parts unknown at the end of the manga. 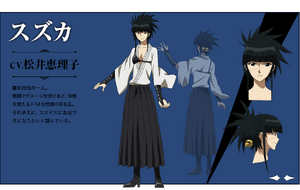