Fritz von Meyer, also known as Swarm, is a villain from the Marvel Comics, and has most often battled Spider-Man. Swarm has also fought the Champions and Defenders from time to time.

Fritz von Meyer was a former Nazi scientist who specialized in poisons and apiculture. While studying a hive of killer bees in the jungle, he noticed that the bees seemed more intelligent and passive than others of their species. He discovered that a nearby meteor bombardment had mutated the bees, and he built a device that would awaken the bees killer instincts and serve him. Instead, the bees attacked and killed Meyer. While dying, his consciousness went into the swarm of mutant bees, and he became a living embodiment of the swarm. However, it turned out that the Swarm did not need Meyer or even a human body to maintain its will and intelligence.

Swarm is virtually intangible, as it is comprised of thousands of individual bodies at his control. It can also fly and form himself into any shape or size he wants. He can control other bees and insects near him. 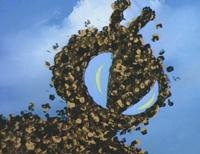 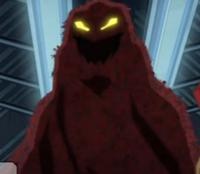 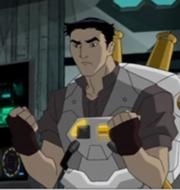 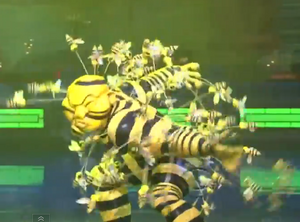 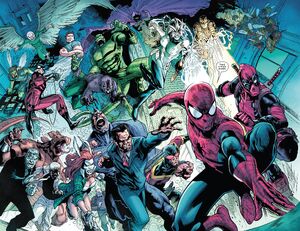 Retrieved from "https://villains.fandom.com/wiki/Swarm?oldid=3563543"
Community content is available under CC-BY-SA unless otherwise noted.