Swartz is the leader of the Time Jackers and the main antagonist of Kamen Rider Zi-O. Though he originally appeared to share his cohorts' goal of choosing a new king to replace Oma Zi-O in the future, it is later revealed that Swartrz is the one instigated the rise of Oma's Day and was simply using the Another Riders as a means to further along Zi-O's journey into the Demon King.

In truth, Swartz is the older brother of Tsukuyomi of the Resistance and both he and his sister are members of a royal family from an alternate timeline. When Tsukuyomi was appointed "Queen" instead of him, Swartz erased her memories and dumped her in the year 2068 in Oma Zi-O's timeline and instigated the events of the series as a means to acquire the Rider powers of Sougo Tokiwa when he is at his strongest and usurp the throne. He also later steals the Rider powers of Tsukasa Kadoya/Kamen Rider Decade and uses them to become Another Decade, gaining the power to create alternate worlds where Dark Riders triumphed over their respective Kamen Riders.

He was portrayed by Kentarou Kanesaki.

It was shown that Swartz is incredibly manipulative and cunning, being able to successfully hide his true goal of ensuring Oma Zi-O's rise from his subordinates. Swartz adapts quickly to abnormalities that affect his plan and is willing to temporarily ally with the 9 5 DO crew if it suits his goals, such as when he teamed up with Woz to stop Kamen Rider Ginga or when he gave Tsukuyomi the Fourze and Ginga Ridewatch to give to Sougo and Woz so they could stop the meteors carrying the Worms from colliding with Earth. Despite being a capable schemer, Swartz is not without a fatal flaw—his overinflated ego. This allowed his sister into taking advantage of his grandiose delusions by believing that she betrayed Sougo, only for him to be literally stabbed in the back. 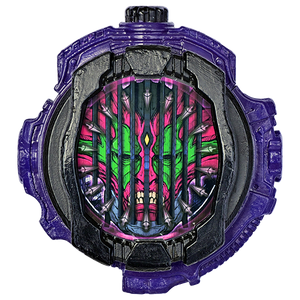