Illegally make bootleg films to get rich by any means.

Kidnap Toons and turn them into bootleg characters to use in his bootleg films (both succeeded).
Kill the Rescue Rangers and destroy their careers and legacy.
Kill anyone who gets in his way.
Rule the criminal underworld to control Los Angeles (all failed).

I'm thinking it's time for a Chip 'n Dale Reboot!Pete's most famous quote.

Besides, I was always more of an "Alvin and the Chipmunks" person.Pete's second most famous quote.

Hmmm, give him a break? Y’know, I got my big break when I was just a kid. I got cast in the biggest movie in the world, as the boy who wouldn’t grow up, Peter Pan. I’d never been so happy in my entire life! Then I got older, and they threw me away like I was nothing. (Chip: This business can be so tough.) You said it. I was scared, desperate, and all alone. So, I decided to take the power back, and make my own bootleg movie! I called it: Flying Bedroom Boy. And guess what. It worked! I made lots of money. So, I “recruited” other toons to star in more movies. And bang-a-rang, now I run my own bootleg movie studio, where I get to decide who’s a star, and who gets thrown in the trash.Pete explaining his motives.

Peter Pan, later known as Sweet Pete, is the main antagonist of the 2022 Disney+ hybrid film Chip 'n Dale: Rescue Rangers, which serves as a "meta" continuation of the 1980s classic animated show of the same name.

He is the most ruthless crime boss in Los Angeles, leader of the Valley Gang and a former Disney child star who played Peter Pan in the eponymous 1953 animated feature film as a child. After being cast out from the industry, Pete starts a toon trafficking operation in which he transforms toons into bootleg characters to make overseas bootleg films.

He was voiced by Will Arnett, who also voiced Lone Gunslinger in Ice Age: The Meltdown, Vlad Vladikoff in Horton Hears a Who!, Mr. Perkins in Despicable Me, the titular character in BoJack Horseman and Slade in Teen Titans Go! To the Movies.

In his youth, Peter Pan was chosen for the title role in the 1953 Disney film, an event that he truly admired all his life as it brought him fame and fortune. Unfortunately, that all changed when the Walt Disney company fires Peter as he grew older (despite the fact that toons don't usually age), and Peter ends up being forgotten and left alone for years.

Disgruntled and ashamed of how the media industry in the United States (especially the Disney company) treated him, Peter decides to get payback at them, so he turns over to do bootleg films. He starts off by bootlegging his own film (known as "Flying Bedroom Boy") before distributing it on the black market, allowing himself to earn lots of money. Naming himself as Sweet Pete, he capitalizes his profit to create the Valley Gang (composed mostly of Jimmy the Polar Bear, Bob the Viking and Bjornson the Cheesemonger) and their own bootlegging studio.

Using his own connections as a new powerful mob boss, Sweet Pete managed to put many retired toon stars (including many Disney characters) into debt, and in case any toons would fail to pay up, Sweet Pete would kidnap them before having them to work in creating bootlegs of their own works for the rest of their lives. To do so, he creates a machine that allows him to alter appearances of the toons he kidnapped to evade copyright law; he even stored the body parts of the toons he kidnapped as a means of using them as input for his machine to use. After changing the toons' appearances, Sweet Pete would store them in cargo holds until they are chosen to work on the bootlegs of their works inside a dock warehouse where Sweet Pete has his bootleg studio. To cover his bootlegging business, Sweet Pete creates a factory that builds portable toilets and hires many employees in creating portable toilets for profit.

Following the kidnapping of Monterey 'Monty' Jack after his failure to pay his debt to the Valley Gang (due to his addiction of stinky cheese), former toon stars Chip and Dale pay a visit to Bjornson in his cheese shop as they learned that Bjornson was Monty's cheese dealer. Upon learning who Chip and Dale really are, Bjornson delivers them to Sweet Pete in his portable toilet factory. At first, Chip and Dale tried to peacefully convince Sweet Pete to give Monty a break by offering him money to pay off Monty's debt, to which Sweet Pete explained his backstory to them and that starring in the 1953 film was considered to be his 'big break' until his dismissal. However, rather than accepting the chipmunks' offer to pay off Monty's debt, Sweet Pete instead decides to plan a 'reboot' of their cancelled show by bootlegging them as a means of covering his tracks. However, Chip and Dale escape and explain their discoveries to Detective Ellie Steckler and her boss Captain Putty, who help them in obtaining Sweet Pete's fitness tracker without getting caught. Using the tracker, Chip, Dale and Steckler were able to find the warehouse, where they spot the machine and many of the toon body parts that have been stolen. Despite this, Sweet Pete and his gang are nowhere to be found.

At the police station, Chip and Dale soon learned that Monty's cologne is inside the office where Steckler and Putty are discussing about the events. Deducing that either Steckler or Putty is corrupt and working for Sweet Pete, the chipmunks escape to the fan convention, where they convinced their old friend Ugly Sonic to call in his FBI contacts for help. However, Sweet Pete tracks the chipmunks' location by using Dale's social media posts, and Chip ends up being kidnapped by Jimmy while Bob ends up being arrested for causing a disturbance in the convention, though Dale escapes away. Even Steckler herself ends up being kidnapped after being lured back into the warehouse by Putty, who turns out to be the corrupt cop working for Sweet Pete the entire time.

Sweet Pete then proceeds to use the machine in an attempt to alter Chip's appearance, but Dale arrives to the rescue by using a firecracker rocket to fly himself into the warehouse, allowing himself to free Steckler and Dale and setting off a chain reaction that damages the machine. Due to the malfunction, the machine turns Jimmy into a tiny fairy and Sweet Pete into a giant amalgamation of various toons. While Steckler captures Putty in his tracks, Chip and Dale run off from Sweet Pete throughout the warehouse, eventually learning that the bootlegs were being filmed there the entire time. After reaching to the docks, the chipmunks use a ploy from one of their Rescue Rangers episodes to finally trap Sweet Pete in a big net.

Several FBI agents (led by Ugly Sonic) arrive to arrest Sweet Pete for his crimes, but before Sweet Pete gets arrested, he spitefully attempts to kill Chip by firing a cannonball at him. However, Dale takes the hit, using a golden pog that Chip gave him to shield himself, much to Sweet Pete's anger. Chip and Dale then open up all the cargo holds, releasing all the bootlegged toons (including Monty) for good before having them restored to their original appearances and sent back to their homes.

With Sweet Pete's crimes exposed, he and the Valley Gang (except for Bjornson) end up being arrested and sentenced to life in prison. During the end credits, Sweet Pete is last seen in a straitjacket inside his own prison cell filled with erasers while a crime documentary (known as "The Boy Who Grew Up") has been made and streamlined detailing about his life, much to his fury.

Pete is an overweight middle-aged man with hair on his chest and arms and a shadow beard. He wears Peter Pan clothing.

After his transformation, he had the head of a cat with his arms and legs in different forms and wears Mickey Mouse pants among other things.

Originally, Sweet Pete was a good kid who was happy to have the chance to be part of one of the greatest Disney movies in history. However, that all changed as he became bitter at being dismissed for growing up. Due to his vendetta towards the media industry (mostly the Disney company) and their beliefs of creativity, Sweet Pete became greedy and selfish as he was determined to get back at the media industry by producing bootlegs of their greatest works and selling them on the black market for profit. He is also proven to be quite intelligent and strategic, as he was able to create and lead a powerful crime syndicate as a means of using his connections (either through extortion or blackmail) to cover his bootlegging business for decades, eventually becoming the opposite of what his heroic character used to be in the original Peter Pan film.

Due to his reputation as a feared crime boss, Sweet Pete is an individual who gets to decide who to star and who to toss out in the trash, and will not hesitate to have anyone who knows this silenced. Besides his sense of greed, he is unwilling to let go of the pain he felt in the past that shaped him into the cynical and nefarious person he became; even when Chip and Dale tried to peacefully reason with Sweet Pete by sympathizing over his tragic life and actually offering him money to pay off Monty's debt, Sweet Pete refuses by remaining defiant to the end; he even willingly tried to bootleg and/or murder Chip and Dale for the sake of it. However, Sweet Pete's unwillingness to let go of his pain proved to be his downfall as his refusal to negotiate with the chipmunks led them to exposing his business to the public and getting himself and his cohorts locked away for life.

When Sweet Pete is transformed into a hybrid between multiple characters, he gains Wreck-It Ralph's strength (for his left arm), the speed of a motorcycle (Optimus prime's leg), a cannon on his right arm (unknown at the moment), the chest from robin hood (fox), Woody's leg (Toy Story), the head of a kitten (it is not yet known if it is from the "Chip and Dale" series or if it is from "The Aristocats") and etc. 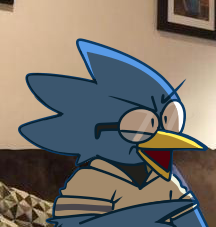 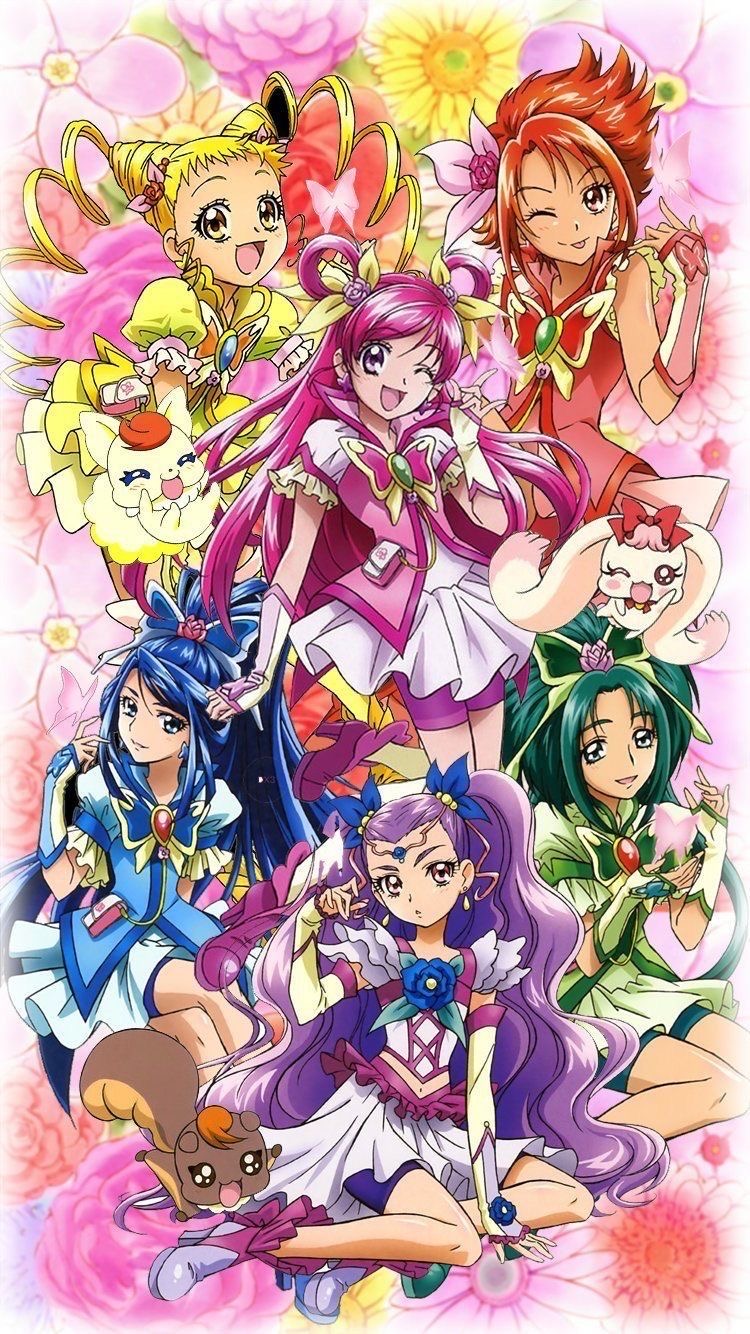